Textile – Another Tycer Venture Tainted by the Chef’s Attitude

Houston is one of the nation’s great food towns, and we’re fortunate enough to have many great restaurants at a variety of price points. And unlike the restaurant scene in many towns, Houston’s is driven by its great restaurateur families, not by its great chefs. The Vallone, Mandola, Cordua, Pappas, and Goode families are examples of those who set the course of the Houston restaurant scene, and have been doing so for years.

For these families, customer service comes first. It’s not about ego, it’s about business, and establishing a long-term relationship with their patrons.

A recent review in the Houston Press made me shudder at the alternative. Katharine Shilcutt’s “The Tastes of Textile” was a fascinating look into a much hyped restaurant that’s one of the rare ones in Houston – the chef is the personality behind it, for better and for worse.

Textile is Scott Tycer’s latest venture, and Houston foodies were eagerly anticipating this talented chef’s next moves after the closings of his previous ventures, Aries and Pic. In Shilcutt’s review, it’s obvious that Chef Tycer is on his game (with a couple of notable exceptions) when it comes to the food, but it also shows the problem of letting a huge ego in the kitchen run the show.

The article mentioned that Aries, the highly regarded Tycer fine dining venture, was closed in a fit of pique. Stories about Tycer’s temper have run through Houston food circles, so few are suprised by this.

And in this latest venture, Tycer’s shadow seems to be looming over the dining room, and not necessarily in a good way. Shilcutt writes:

“…but there seemed to be an odd undercurrent of apprehension in the restaurant. The palpable nervousness of the staff, coupled with almost clinical service, made for a very uneven meal: The food was very good, but I was almost afraid to enjoy it.”

No matter how wonderful the food, a restaurant lives and dies by the entire dining experience. And a staff that is scared of the chef’s reactions aren’t going to be able to provide a great experience, as Shilcutt describes:

“Staff spoke in hushed voices, and interactions were limited. My dining partner and I were eager to know about the laconic wine list, the cocktails prepared at the potent-looking bar and the provenance of certain ingredients. Our inquiries were met with polite yet quiet and restrained answers while the staff almost imperceptibly continued to glance over their shoulders towards the looming kitchen door. The maitre d’ solemnly recited the ingredients of each dish as it was presented as though he were dictating a crime scene.”

What a contrast to the warm, genial service we’ve come to expect at high-end Houston restaurants.

“I wasn’t able to finish the large piece of pork tenderloin, and left a scant bite on my plate. As the busboy cleared our plates away, the sommelier caught sight of the morsel I’d left behind. He whispered curtly to the busboy to clear that piece of food off the plate before he took it back into the kitchen so that Chef Tycer wouldn’t see it. This eavesdropped conversation only served to underscore the nerves that everyone seemed to be feeling that evening.”

Ouch. We have little doubt that Tycer will find his groove in the kitchen; the man has serious culinary chops. But it seems that Textile is yet another Tycer venture where his diva attitude overshadows his superb skills.

I can’t ever remember reading about this sort of problem at a non-Tycer restaurant in Houston.

Perhaps this is the reason that Tycer’s ventures tend to shine brightly then crash and burn; do patrons really want to dine in a room where everyone is on edge, in fear of the next outburst from the boss?

Textile – Another Tycer Venture Tainted by the Chef’s Attitude 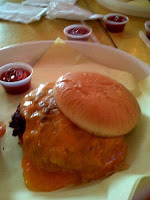