Jason Gould to leave Gravitas over dispute with Scott Tycer

UPDATE: An anonymous commenter posted a link to Tycer’s version of the story.

Cleverley Stone broke a story on her radio show over the weekend that will probably infuriate a lot of Houston foodies.

Jason Gould, the Executive Chef at Gravitas, is leaving. And the reason isn’t pretty.
“I was lead to believe that I was part owner, but I was not” Gould said. And he sounded genuinely hurt by this unfortunate surprise.
This story is just the latest in the drama surrounding Scott Tycer, the owner of Gravitas and Textile, and the enfant terrible of the Houston food scene.
Gifted in the kitchen, Tycer’s reputation among those he works with is markedly less positive, with staff reportedly walking on eggshells waiting for Tycer’s next outburst. But this takes things a step further, if Gould’s allegations are correct.
Our Take:
In our opinion, misleading a key employee about his equity in a business goes beyond a breach of ethics. We don’t have personal knowledge of what was said, but Tycer’s reputation for abusing his staff doesn’t make this allegation tough to believe.
Over the years, we went from being mildly amused by Tycer’s antics to being put off by how he treated his staff. Every time we write about him we feel a growing sense of distaste for contributing in any small way to his success. But for us, this is the last straw. Jason Gould is a class act, and he is the heart and soul behind the success of Gravitas. He deserves far better than this.
Our Bottom Line: We won’t be returning to any Tycer restaurants, and won’t continue to cover them in this blog. Best of luck to the staff at these locations; you folks may have the toughest jobs in the Houston food scene.
Tags: news
Share 0
Tweet 0
Share 0
Share
Share

Jason Gould to leave Gravitas over dispute with Scott Tycer 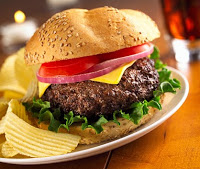