Labor Day weekend found us on a much-needed weekend jaunt to San Antonio, and we were fortunate enough to be in Luling around lunch time. So a stop at City Market was mandatory. 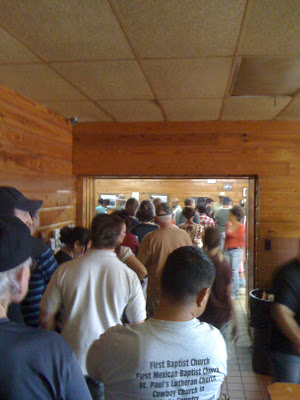 We’d never been during the lunch rush, and we were not the only folks with BBQ on the brain this day. The line was long (stretching throughout the restaurant, almost to the far door) but it moved quickly, and we discussed ‘Q with some other hungry travelers.

After about twenty minutes, we entered the holy of holies, and approached the altar/counter. As always, the pit room is 20 degrees warmer than the rest of the restaurant, and the meaty, smoky aroma almost overwhelms you when you enter this remarkable space. 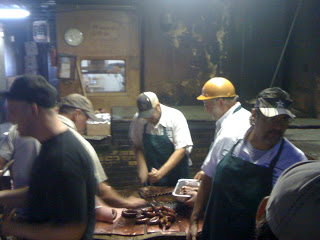 After we had received our BBQ, we searched for an open table, or even a spot at one of the big community tables. We finally located one in an out-of-the-way corner, and were able to dig into the BBQ. 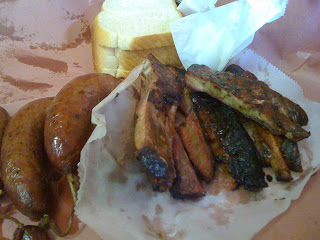 As always, it was the pork ribs that stole the show. Meaty, juicy, and perfectly smoked, the rich pork flavor was superb, and the meat was so tender that it pulled from the bone effortlessly. We’ve eaten pork ribs all over the state, and we’ve never found any that compare to those here at City Market.

Brisket was excellent as well (especially the outside cut that we specified) with a beautiful 3/8″ smoke ring and an infusion of smoky flavor. The only disappointment was the sausage, which was too mild and had a somewhat mushy texture.

After engorging ourselves on BBQ, we headed out of town, stopping for fuel and snacks at the big Buc-ee’s store located on the main road. We realized that we envied the folks here in Luling, and are looking forward to our next trip to City Market. 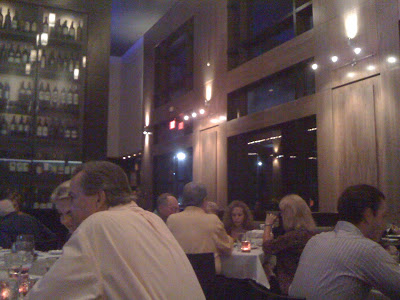