We’re fans of Jasper’s, the upscale restaurant concept from Dallas’s Kent Rathbun.  We love pretty much everything about their Woodlands location, from the great spot overlooking the Market Street park to the gorgeous modern interior to the excellent service to the creative takes on traditional Texas favorites.  We’ve been many times, and consider it to be one of the best restaurants in both the Woodlands and the entire Houston area.

But a recent show on TV got our attention.  The claim:  Bon Appetit magazine ranked Jasper’s BBQ ribs as their third-best ribs in the nation.  That’s a serious claim, and it runs contrary to our First Tenet of BBQ Wisdom:  The Fancier the Store, the Worse the BBQ. 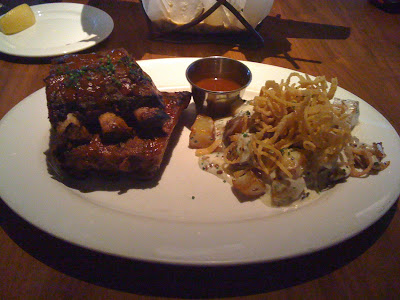 Since we love BBQ almost as much as we love a great burger, we had to test out the claim for our readers.

We visited Jasper’s on a beautiful Thursday for a late lunch.  We started with the one thing we can never pass up at Jasper’s, their outrageous housemade potato chip appetizer. 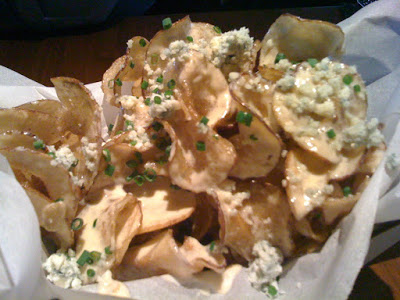 The thin-cut russet potatoes were flash-fried to perfection, and covered with Maytag bleu cheese mixed with chives and a mild soft cheese sauce.  The result is nothing short of amazing.  We’ve recommended this dish to everyone who goes to Jasper’s, and the feedback we get is universally positive.

But now it’s time to get down to the ribs.  Our server suggested that the half rack was plenty, so we took his advice and ordered them.  After a reasonable wait, they appeared.

The half rack was split into two three-rib bits, artistically stacked, and served with their creamy “baked potato” salad.

We dug into the ribs, and were impressed by their tenderness; the meat came off the bone without any significant effort on our part.  It was thoroughly basted in Jasper’s spicy-sweet BBQ sauce, and more of the sauce was on the side.

All we could taste was the sauce.  We simply couldn’t taste the meat, and we didn’t use the extra sauce.

We are firm believers that world-class BBQ is delicious with no sauce at all, and should be served with the sauce on the side, not pre-slathered on the meat.  We find the preapplication of BBQ sauce to be a crutch to disguise meat that hasn’t been adequately rubbed or smoked; it’s popular at high-end, high-volume BBQ restaurants because the meat doesn’t have to spend hours on the smoker – the flavor comes from the sauce.  Folks who’ve never been to a great Texas BBQ joint probably won’t see anything wrong with this saucing technique, but I contend that they’ve never really had great BBQ, either.

Bottom Line:  We enjoyed the ribs, but weren’t blown away at all.  We believe that better ribs can be had at the County Line upscale BBQ chain, not to mention at landmark establishments like City Market in Luling. 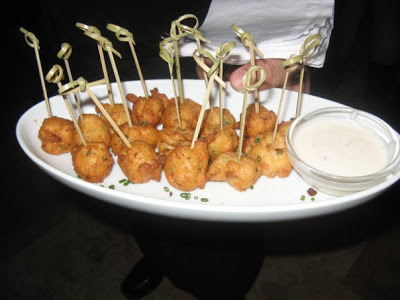 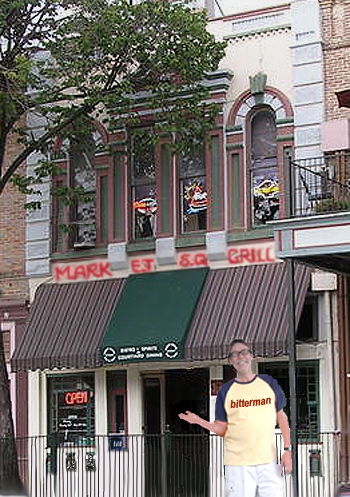