The Chronicle’s restaurant critic, Alison Cook, posted an amazing account of an unpleasant experience at Jonathan’s The Rub, a small, high-end restaurant in the Memorial area.

UPDATE: Apparently this isn’t an isolated incident. another patron reported a similar encounter.

You should read the entire account, but to summarize, Ms. Cook ordered a steak medium rare, it came out overcooked, and she sent it back. Instead of graciously handling his kitchen’s mistake, the restaurant’s chef/owner, Jonathan Levine, confronted Ms. Cook, and ultimately threw her out of his restaurant.

As you can imagine, there was a great deal of discussion about this, both in the food community and among the Chronicle’s readers.

It was astonishing to me to hear folks actually defending a restaurant for serving an improperly cooked steak, and criticizing Ms. Cook for not smiling and accepting what was delivered.

Many businesses deliver products that have expensive components.  When the business screws up and delivers a defective product, the customer is well within their rights to reject it and request what was ordered.  The business eats the cost of the component, and hopefully learns how to improve their process so they don’t turn out as many defective products.

(And yes, there is skill involved in cooking steaks.  If you can’t reliably cook a steak to order, you probably shouldn’t be cooking steaks in a restaurant.)

Businesses that survive recognize this.  A mistake is the time display amazing customer service, and turn a customer into a fan.  Apparently Mr. Levine doesn’t realize this; he’d rather alienate a patron and then make excuses about being a New Yorker when he discovers the patron is the Chronicle’s food critic.

A $15 piece of meat is dirt cheap compared to all the negative publicity a dissatisfied customer can bring in this modern age of the citizen reviewer.  There are a lot of places to eat in Houston, and I see no reason to spend my money at a place that won’t stand behind the product they put on the plate.

There’s a reason that Tony’s has been in business for 40 years; they know how to keep their customers happy.  Restaurateurs who complain about an empty house would be wise to emulate this approach. 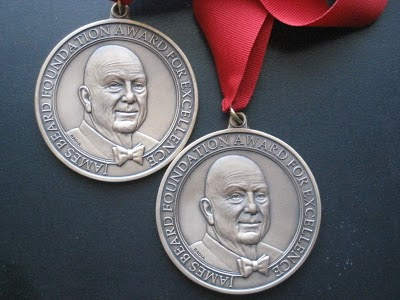