More information is coming out about John Tesar’s exit from his eponymous restaurant.  We broke the story last week about Tesar’s hasty and unexpected exit, and a whirlwind of speculation has surrounded the chef’s moves.

Last night, John Tesar recently spoke with D Magazine’s Nancy Nichols about his leaving Tesar’s in the Woodlands.  We’re quoting the highlights, and you can read the full interview on D Magazine’s site.

In short, Tesar is leaving the Houston area, and heading back to Dallas.

Our source for the original story told us quite plainly that Tesar was fired by the restaurant’s investors. Tesar himself tells a different story:

NN: So were you fired from Tesar’s in Woodlands?
JT: I voluntarily decided to walk away from Tesar’s. I was not fired; I walked away. It’s not going to effect my future.

Tesar goes on to present his version of what happened:

NN: So give me the short version of what happened?
JT: I do not wish ill on my ex-partners. They enticed me to leave New York when I was with David Burke [at Fish]. I went into the business with good will. I realized that the project was opening in the middle of a recession and was undercapitalized. We started out with three partners and the 2 majority partners [Bill and Hilary Burke] pushed out my main contact. But we built this thing [restaurant] and got good reviews. But they had no experience in the restaurant business and we knew it wasn’t going to make enough to pay me, especially since I have a family.

We’re sorry to see John Tesar leave the Woodlands.  He’s a very talented chef, and his restaurant raised the bar for both fine dining and great burgers outside the Loop.

When asked about the fate of Tesar’s in the Woodlands, the chef made a telling comment:

JT: The restaurant is doing well—just not well enough to pay a John Tesar-style chef. I gave them back my 20 percent and we are still wrangling over things like money the and name.  It’s a good restaurant.

Reading between the lines, it appears that Tesar was expecting from his months-old restaurant the type of salary that an executive chef would receive at mature, successful establishment.  That sounds naive to me; part of the reason a key employee gets equity in a startup is the fact that he’s willing to work for less than his normal salary.  The term is “sweat equity”, and it’s one well known to folks who work in startups.  Sweat equity can make a key employee rich when the business succeeds, but it means that he won’t be paid a high salary until the business becomes profitable.  It’s a great example of capitalism in action.

Apparently Chef Tesar wanted to have his steak, and eat it too.

by Albert Nurick time to read: 2 min
Uncategorized Why we love SXSW 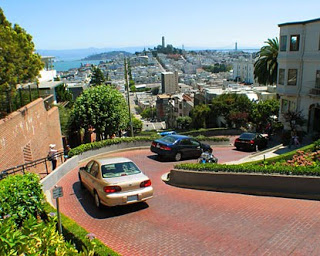 Uncategorized Poll: For how long will you drive?
2