For many chefs, owning a restaurant is the ultimate dream.  Extending one’s vision beyond the plate is a big step, but expertise in the kitchen doesn’t necessarily translate into success at the front of the house.  We’re always excited to see a chef take this big step, but in many cases, we have to wonder if it is a wise one. 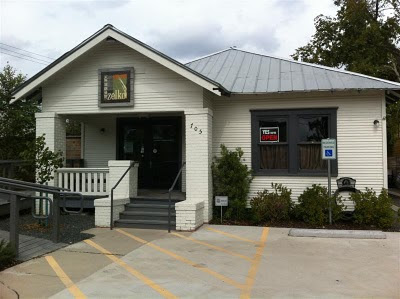 Enter Jaime Zelko.  She’d won numerous awards for her work as Executive Chef at Bistro Lancaster, and her cuisine drew high praise from patrons.  When she announced that she was opening her own place in the Heights, we were looking forward to seeing what would come forth from this creative mind.

She teamed up with Jeb Stuart, who spent five years as Chef at the nearby Shade restaurant, but wanted to step away from the kitchen and focus on the world of wine.  She also tapped into family expertise, in the form of her father and uncle, partners in the 50-year-old Zelko Brothers Cabinet and Fixture Company.  A fortuitous convergence, since a rather rough 1920’s bungalow on 11th Street was selected as the location for the bistro.

Of course, you’d never know that now.  The bungalow has been converted into a welcoming space, with the kitchen nestled in the rear, and the main room split by a dividing wall, creating a cozy dining room and a funky bar, complete with mason jar lights.  Historic black-and-white photography decorates the walls, and the space is very successful, conveying a down-home comfort with an upscale twist. 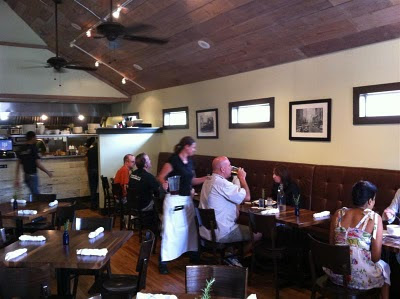 Coming in at the start of lunch, we snagged a table, and were greeted by the friendly staff.  We immediately noticed a couple of touches we really liked:  An arrangement of fresh rosemary on every table, and water service that includes a bottle left at the table.  Shortly thereafter we were delivered a unique bread service:  Torn pieces of sweet, herby bread, something we rarely find in restaurants.  We had to hold ourselves back to keep from devouring every bite. 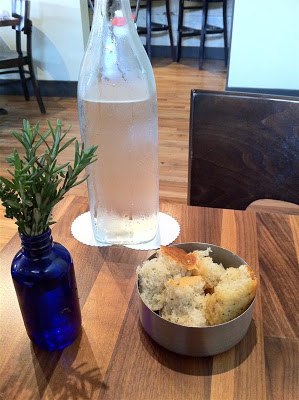 We’d heard great things about the Boss Burger at Zelko Bistro, so it wasn’t a hard choice, although several of the menu’s varied comfort food offerings were also calling our names.  We ordered the Boss, and when asked how we’d like it cooked, we left it at Jaime’s discretion.  (We’ve learned not to second-guess the chef in this situation.)

What arrived was a very impressive-looking half-pound burger, worthy of its name.  Served on a thick, airy housemade bun, the patty was obviously hand-formed and sporting an aggressive char.  It was topped with a thick slice of cheddar cheese, grilled onions, and shredded iceberg lettuce.  Pickles were on the side, and the tomatoes were omitted at my request. 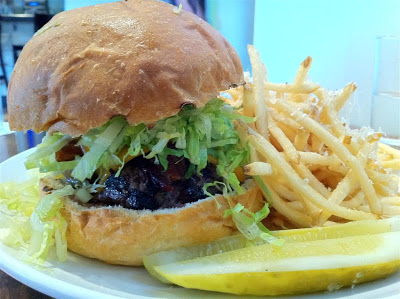 Biting into it revealed a perfectly cooked burger, slightly on the rare side of medium.  The ooze factor was well represented; I found myself using the napkin after every bite.  The flavor of the beef was rich and mild, the cheddar was smooth, and the caramelized onions added a hint of sweeness.  The only flaw was that it was perhaps too mild; a bit more of a bold, beefy flavor would not have been a bad thing.  But make no mistake – this is an excellent burger, and one that we would be happy to enjoy again.  We’ve added it to our list (on the sidebar at the right) of Houston’s Best Burgers.

We walked away from Zelko Bistro thinking that Jaime and Jeb had a hit on their hands.  They’ve nailed the concept of a comfortable but upscale neighborhood place, and put it in a neighborhood that craves this sort of comfort food.  Combine the smart positioning with the beautiful room and Chef Zelko’s deft touch in the kitchen, and we expect Heights residents to be enjoying the Zelko Bistro for a very long time. 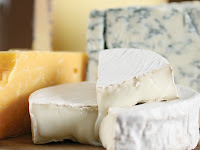 Uncategorized Cheesy. In a Good Way
2