Carl’s Jr. to Open in Houston

Back in the 80’s, I lived in Austin, and there was a chain burger location I really enjoyed.  Called Carl’s Jr., it was a west-coast burger chain that had recently expanded into Texas.  Their burgers were good; considerably better than the big fast-food chains, and even going so far to give local favorite What-a-burger a run for your money.  Sadly, the economic downturn caused Carl’s Jr. to pull out of Texas entirely. 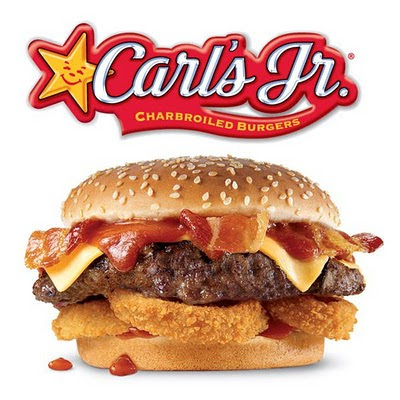 Carl’s Jr is our kind of burger chain.  They have healthy options for those preferring low carb, vegetarian, or gluten-free meals.  They also have more indulgent offerings, including several burgers that weigh in at over 1,000 calories.
The first location in the Houston area will be on the west side of town, near the intersection of Hwy 6 and West Road.  The location opens for business on Friday, January 14.
But before the opening of the new store, Carl’s Jr. is planning three special events, and H-Town Chow Down readers have been invited.  Each event features FREE Western Bacon Cheeseburgers.

(That’s the Western Bacon Cheeseburger pictured above.  When I first tried one over two decades ago, I thought they had hit upon perhaps the perfect cheeseburger formula: a charbroiled beef patty, American cheese, bacon, crisp onion rings, and BBQ sauce on a toasted bun.)

On January 11, they’ll be giving away lunch from 11am to 1pm in Jones Plaza downtown.
On January 12, dinner will be served from 5pm to 7pm at the Discovery Green ice rink downtown.
On January 13, a pre-opening lunch will be served from 11am to 1pm at at new store: 8491 Hwy 6 N.
If you’ve never had a Carl’s Jr. burger, I think you’ll be pleasantly surprised.  And if you have, you know why we’re excited to see this chain expand back into Texas.
We’ll see you there.
Tags: area.northwestfood.burgersnews
Share 0
Tweet 0
Share 0
Share
Share

Carl’s Jr. to Open in Houston 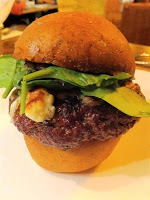