Better Late than Never – My Visit to The Burger Guys

You know that great book you’ve got on the shelf that you’ve been meaning to read?  Or that film in your Netflix queue that you’ve meant to watch for months, but you keep putting off?  If you write a food blog, the same thing happens with restaurants.  I’ve got several that I’ve been meaning to try, but a variety of excuses keeps popping up.  “I’m on the wrong side of town.”  “My bride won’t like it.”  “James Beard Award nominee Katharine Shilcutt just reviewed it, and I’ll never get a table.”

You know the drill.
Regardless, I was recently visiting with some friends, and the discussion of what to do for dinner came up.  Being the resident foodie, everyone looked in my direction.  We were on the northwest side of town, right by the Beltway, so I immediately thought of a burger place that I’ve been grossly negligent about trying: The Burger Guys.  Fortunately, the idea was a popular one, so we caravaned down Beltway 8 to Westheimer, then headed west to find The Burger Guys.
Even though it was plotted on our GPS, the store was tricky to find.  Why?  Because they have perhaps the smallest sign known to mankind, and Westheimer is not a street known for subtle advertising. 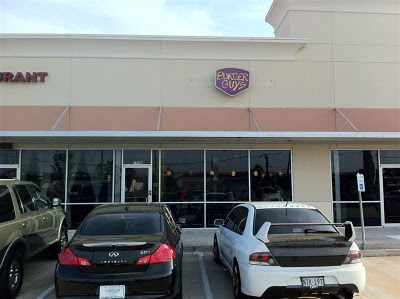 In short, Mazzu is a grandmaster of the grill; here is a brief video of him seasoning and starting a phalanx of burgers.

He makes it look so easy.  I would no doubt be on the receiving end of third-degree burns if I tried this at home.

Others in our group sampled a variety of burgers, and were patient enough to indulge me and let me photograph them as they came out: 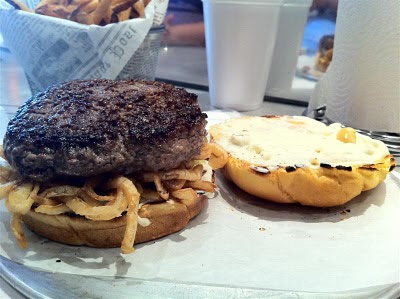 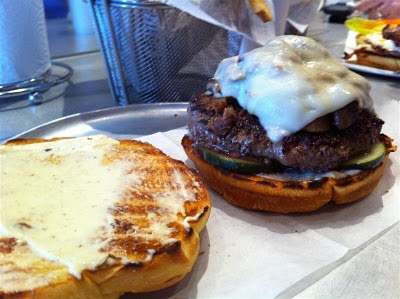 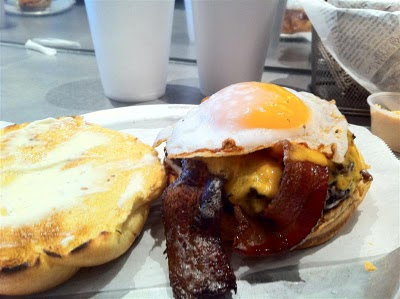 Not surprisingly, once the burgers came out (and were photographed) things fell silent in our group, with the exception of occasional happy sounds coming from the full mouths of the assembled burgerphiles. 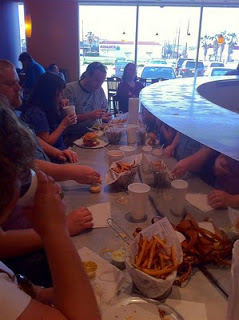 Everyone agreed that The Burger Guys creates a fantastic burger, and that the same meticulous attention to detail shown in the burgers extends to the fries, the shakes, and even the fountain sodas.  They have burgers ranging from creative takes on standards to exotic creations with toppings like shredded papaya, roasted beets, daikon, and housemade kimchee.  Remarkably, all cost $8, which is a bargain considering the quality of the ingredients, nevermind the time that goes into each burger.
So where does The Burger Guys fall in the pantheon of Houston burger joints?  Clearly it’s one of the rare places at the summit; it’s a worthy competitor to Samba Grille, Beaver’s, Hubble & Hudson and Hubcap Grill.  But which one is best?
That is a decision that I cannot make for you.  Each of these establishments serves a truly superlative burger.  We in Houston are lucky to have them to choose from.  My suggestion:  If you can’t pick, try ’em all.
The Burger Guys | 12225 Westheimer Road | Houston, Texas
281-497-GUYS | TheBurgerGuys.com

Better Late than Never – My Visit to The Burger Guys 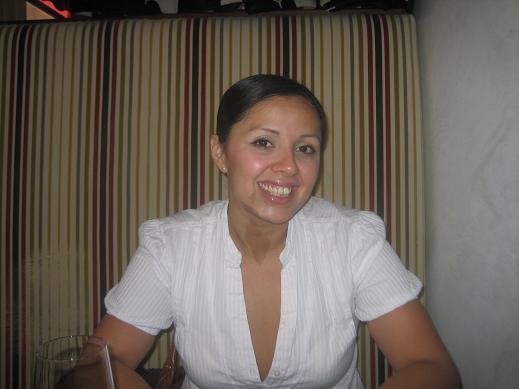