Wine bars are a big deal in the Houston area.  It seems like every week we hear about a new one popping up somewhere.  And there’s a reason for this – Houstonians can’t get enough of the laid-back, upscale atmosphere that is de rigueur at most wine bars.  They’re a notable alternative to more common adult venues, especially if you’re in the mood to explore some new and interesting wines, since with that focus comes trained and helpful staff and a great selection.

But man does not live by wine alone.  Most wine bars offer some sort of menu, and here’s where most of them stumble.  The menu exists as a necessary evil to keep patrons inside and drinking wine, and it shows.  Typical tired bar food is offered, perhaps with some sort of upscale twist designed to mesh with the upscale atmosphere.  But it’s generous to say that it often falls short.  If you’re a foodie, precious few wine bars will hold your attention.
Enter The Tasting Room.  Run by the same group that brings us the popular Washington Avenue hangout, Max’s Wine Dive, The Tasting Room operates several locations around town, each with its own feel and neighborhood-specific personality.
It’s not a brand new establishment.  We’d heard good rumblings about The Tasting Room, but we’d swung by to check it out.  Recently, the persistant efforts of their social media team tempted us to check out this venue for a recent lunch.  (Note to other restaurants:  Their approach to social media is outstanding, and one you should strive to emulate.)  We accepted their generous offer to host us for lunch, and to sample their offerings.
We zipped down to Uptown Park on a recent sunny spring day, and quickly located the cozy, shaded entrance.  The Tasting Room is considerably bigger than we imagined, their success has driven them to expand into adjacent spaces as they’ve become available. 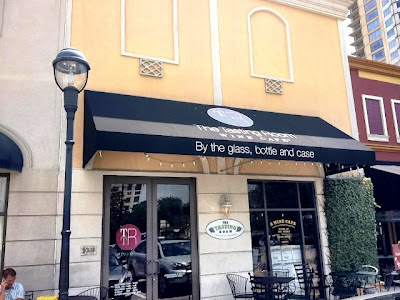 And succeed they have.  From this original Uptown location they’ve expanded east to River Oaks and west to CityCentre, covering a good part of the geography that upscale Houston calls home.  We went inside to discover why.

Once inside, we entered into an open, airy space with plenty of light spilling in the windows.  A substantial bar dominates the room, surrounded by tables to accommodate everything from couples to happy hour groups.  We were impressed to find out that The Tasting Room has several private spaces that can accommodate parties of up to 500, making it a great alternative to the often tired and boring hotel scene.
One other thing.  We found wine.  Lots and lots of wine.  One wall of the building looked more like an upscale wine shop than a bar, complete with small cards giving neophytes helpful information about the bottles they described.  (Even if you’re not a wine expert, these cards let you fake it and impress your date.) 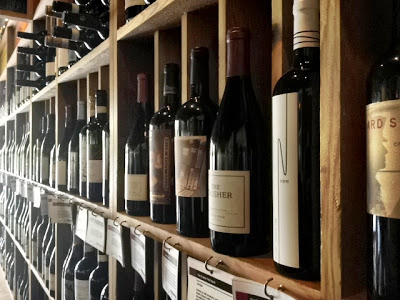 We like that wines at The Tasting Room can not only be purchased for enjoyment at the bar, but can also be brought home.  This is very convenient when the knowledgable staff steers you toward a bottle that captures your heart.
But enough about the wine.  Let’s talk food.
We were seated at a comfortable table near the bar, and in short order, the chef appeared.  And not just any chef, but Steve Marques, known to many of our readers as one of the geniuses behind The Burger Guys.  While many wine bars make due with a line cook running the kitchen, The Tasting Room has hired an innovative talent, and they’re giving him free rein to turn out unique dishes that work in the wine bar setting.
Since it was lunch, we focused on lighter dishes.  First up was an appetizer; Steve’s take on the now-traditional spinach artichoke dip.  The often-seen dip was cleverly elevated into a queso flameado, warm, silky queso infused with a touch of craft beer and dotted with plentiful fresh spinach and artichoke bits.  Served with crusty bread, this was a great way to start our meal. 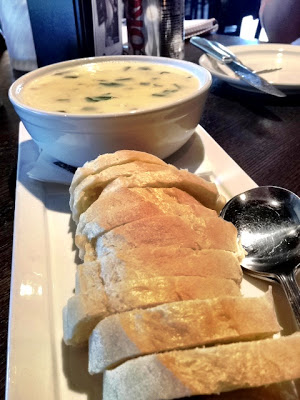 Next up was a soup, and one of the offerings was a favorite of mine – potato leek soup.  The smooth, creamy potato base was topped with lightly crisped leeks, and the flavors and textures formed a delightful combination.  Had it been a chilly day, I could have happily crawled into the bowl for the afternoon. 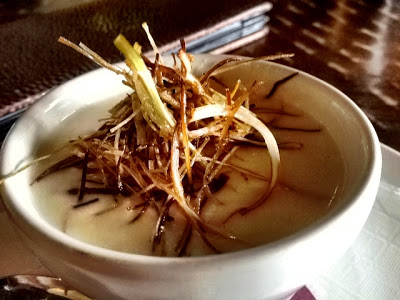 Now it was time for the entrees.  First up was Steve’s clever spin on the club sandwich.  Instead of turkey, lightly grilled salmon was used, and it was a masterful decision.  The slightly crisp, grainy bread played background to the firm, flaky salmon, with just enough thick bacon and fresh veggies to round out the offering.  I’ve had dozens of club sandwiches, but I can’t recall enjoying one as much as The Tasting Room’s version. 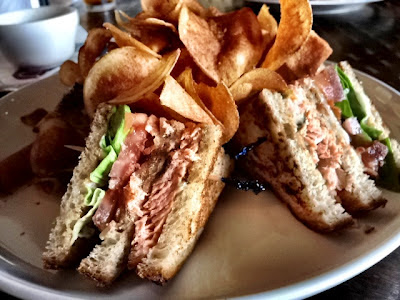 My dining companion ordered the pulled pork sandwich, a beautiful mountain of slow-smoked pork topped with house-made cole slaw.  It must have been very good, because while I was talking with Steve, the sandwich disappeared before I could snare a bite.  I was impressed with the decision to dress the sandwich in the traditional way, with the cole slaw inside. 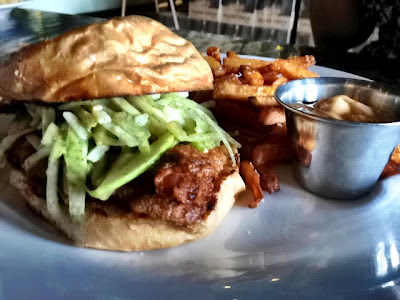 With Steve’s pedigree, I had to sample a burger, and he did not disappoint.  A thick, house-ground patty of high quality beef was cooked to a delightful medium, cloaked in the masterful char that showed a deft hand at the grill.  Topped with lightly peppered, thick-cut bacon and swaddled with beautifully melted cheddar cheese, this is a burger that can hold its own with the best H-Town has to offer.  If you love a great burger, The Tasting Room is a place that will make you very happy. 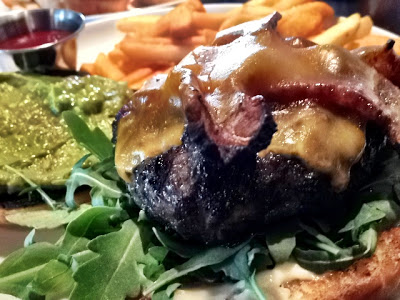 Finally it was time for dessert, and even though my stomach protested, Steve conjured up a light finish to this hearty meal.  It was a gentle, delicate spin on coffee ice cream, house made using some sort of wizardry that is far beyond my comprehension.  But the result was etherial, gentle, and intoxicating.  Steve Marques was the brain behind the addictive shakes at The Burger Guys, and he’s brought his knowledge and skill to bear here. 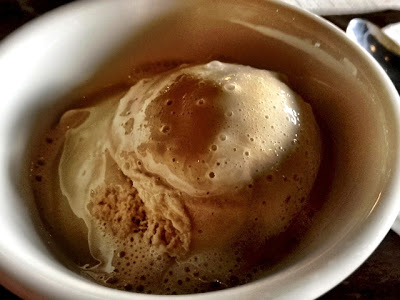 The kitchen of The Tasting Room far surpassed my expectations.  Instead of an afterthought created to sell more alcohol, it is a central part of the experience at this Uptown spot.  Even non-drinkers should check it out, and that’s a rare recommendation for a bar.  My only regret was that I didn’t have the chance to discover more of the delicious flavors that were no doubt hiding somewhere in the room.
I’m looking forward to meeting the chefs at the other Tasting Room locations, and seeing how each of them is putting his imprint on this successful formula.
But they’ve got a lot to live up to; Steve Marques and the staff of the Uptown Park Tasting Room have set the bar very high.
The Tasting Room | 1101-18 Uptown Park Blvd | Houston, Texas 77056 | 713-993-9800
www.tastingroomwines.com | @TheTastingRoom 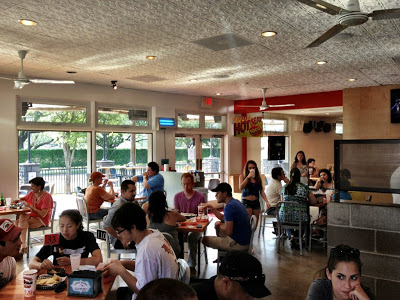 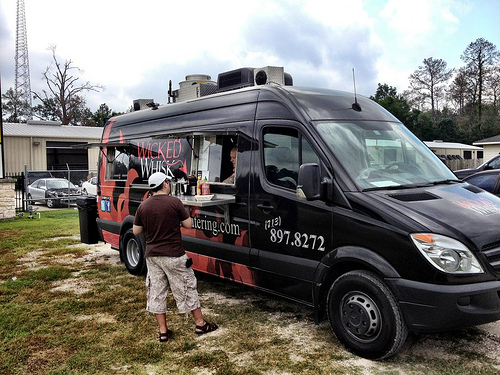