Sunday, March 24, 2013 will go down in Houston History as the first time over a dozen of Houston’s best pit masters assembled and served BBQ to a devout congregation of over 1,500 BBQ enthusiasts. The Houston BBQ Festival was the first event of its kind, and hopefully not the last.

Despite unseasonably cold weather and strong winds, dedicated BBQ fans treked from all over Texas to south of the Astrodome to worship at the altar of grilled meat.

They were not disappointed.

Organized by BBQ gurus Chris Reid and Michael Fulmer, the event drew all sorts of enthusiasts from the Houston and Texas food scene, many of whom were volunteering to help the event run smoothly.

The media was in attendance: Katharine Shilcutt of the Houston Press, Greg Morago of the Houston Chronicle, Eric Sandler of Eater Houston, and Robb Walsh of Houstonia were all devouring ‘Q and comparing the offerings. Also making an appearance was Daniel Vaughn, newly named BBQ Editor of Texas Monthly magazine, who will be a major contributor to the epic BBQ issue expected out this summer.

The festival was perhaps the best run food event in recent memory, a tribute to the hard work of the staff and the organizing skills of Reid and Fulmer. And the staff, largely composed of the notable Houston foodies on Reid’s and Fulmer’s rolodex (OK, iPhone address book) was constantly in motion – we don’t know how staff members like Gary Wise, Joanne Witt, and Nathan Ketcham each managed to be in four places at once. Their tireless efforts were impressive to behold.

Mother Nature and the Bayou City Event Center provided a beautiful but chilly backdrop for the event, and the high winds kept the crowds bundled up and gave the pit masters extra challenges. A handful of pit masters (Ronnie Killen of Killen’s, Will Buckman of Corkscrew, and Jamie Fain of Fainmous) were on-site the night before and cooked their ‘Q on-site, and fought against the winds to keep the fires low and the smoke just right.

We sampled a wide variety of ‘Q from the assembled Houston BBQ royalty. There wasn’t a bad plate in the bunch – Reid and Fulmer demonstrated the value of expert curation for a food event. But a few items stood out from the pack for us:

Sausage – Houston generally isn’t a sausage town, but there were some standouts. Our favorite was Fainmous BBQ‘s house-made sausage, with Blake’s BBQ serving our runner up.

Beef Ribs – Killen’s BBQ stunned us with a superlative example of this hard-to-find meat. Ronnie Killen hasn’t even opened his BBQ joint yet, but he’s shown that he’s going to be a formidable presence on the BBQ scene in days to come.

Pork Ribs – Virgie’s lived up to their reputation for stellar ribs – flavorful, tender, and with a delicious bark. Runners up were Gatlin’s and Pizzitola’s Bar-B-Cue.

Brisket (Overall Best of Festival) – We concur with the sentiment we heard all over the festival – Corkscrew BBQ had the festival’s overall best meat – their world class brisket. Pit master Will Buckman delivered his signature brisket:  Tender with great mouthfeel, and a masterful balance of oak smoke and beef flavor. Buckman took the risk of cooking it on-site, and it paid off for him. Runners up were Greg Gatlin‘s phenomenally tender slice from Gatlin’s and the deeply smoky offering from The Brisket House.

There are worse ways to spend a sunny Sunday afternoon that walking around, talking with friends, and eating BBQ from over a dozen of Houston’s greatest BBQ pits. We think that this first Houston BBQ Festival was a roaring success, and are already counting the days until Reid and Fulmer gather their tireless staff, the talented pitmasters, and thousands of BBQ fans for the second edition of this outstanding even.

We’ll be there. You should be, too. 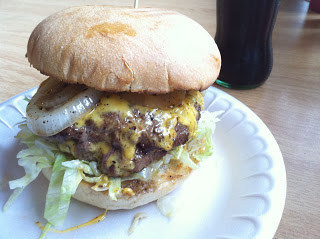 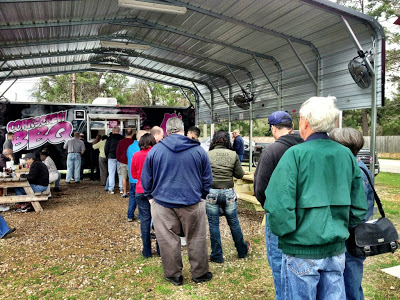