In the breakneck-paced Houston food scene, new restaurants often appear, get hot, cool off, and ultimately disappear in a matter of months. Universal foodie acclaim doesn’t prevent this vicious cycle — witness the demise of media darlings like Feast and Bootsie’s.

Certain parts of town seem to present even more challenges. Inner Westheimer has tremendous competition. The Heights has archaic liquor laws. Downtown can offer a strong lunch business, but is deserted on weeknights, and this combination has thwarted great restaurants like Samba Grille, Laidback Manor, and other high-profile, critical success stories.

Yet some restaurants endure, and do so for decades. Instead of embracing the hottest food trends, they find a formula that satisfies their customers, and they refine and perfect it.

A textbook example is China Garden, located downtown across the street from the Toyota Center garage. China Garden has been serving Chinese-American food for lunch and dinner from this location since the 1970’s, and we’ve heard reports of good food from trusted friends. 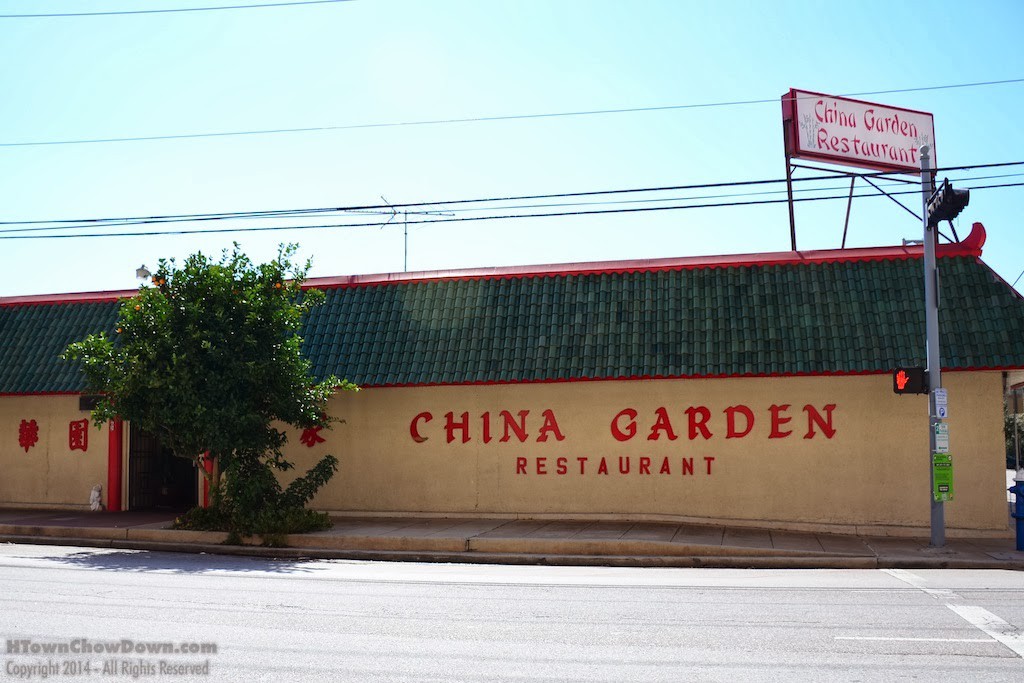 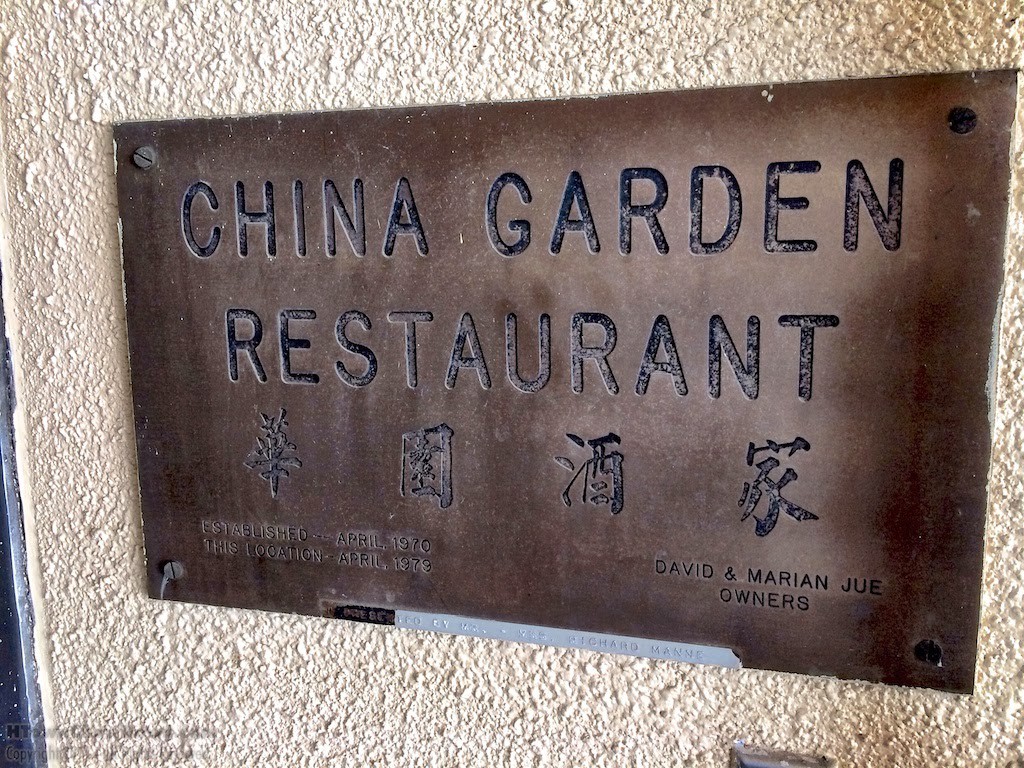 We ventured downtown for lunch to try to find out why China Garden has thrived so long in the tough downtown restaurant market.

Stepping inside was like stepping into a time machine set to 1985. The space is charmingly dated, with nary a window to be seen in the main dining area. 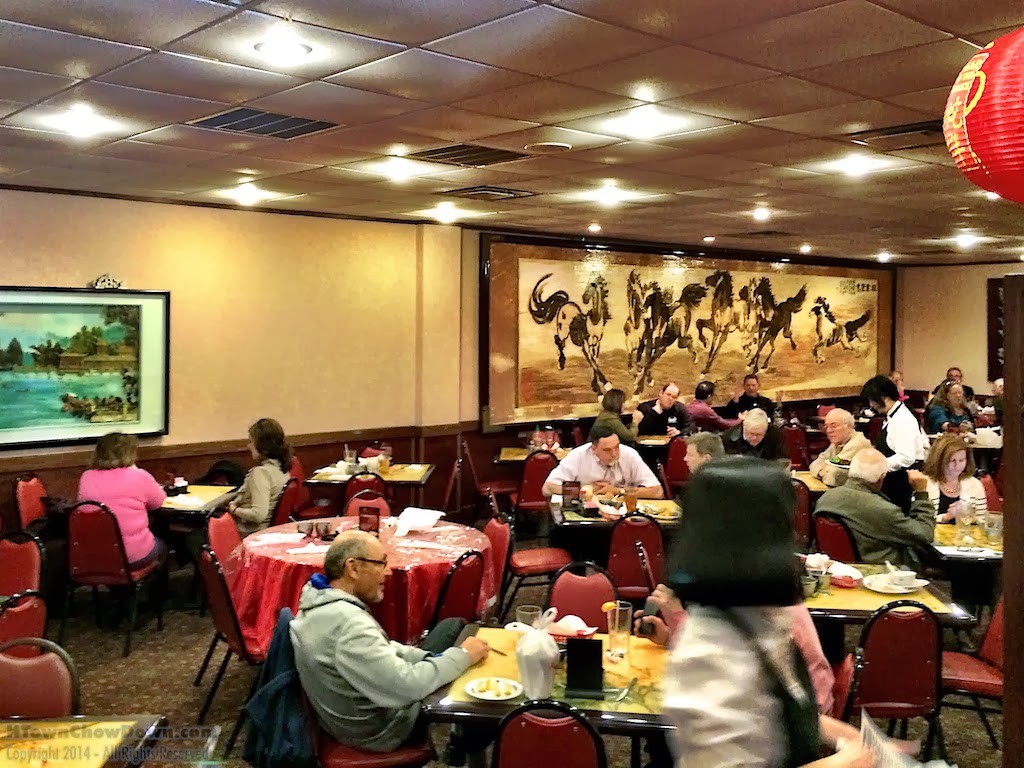 And yes, that’s a bar in the dining room, something we don’t normally see in today’s sanitized concept restaurants. 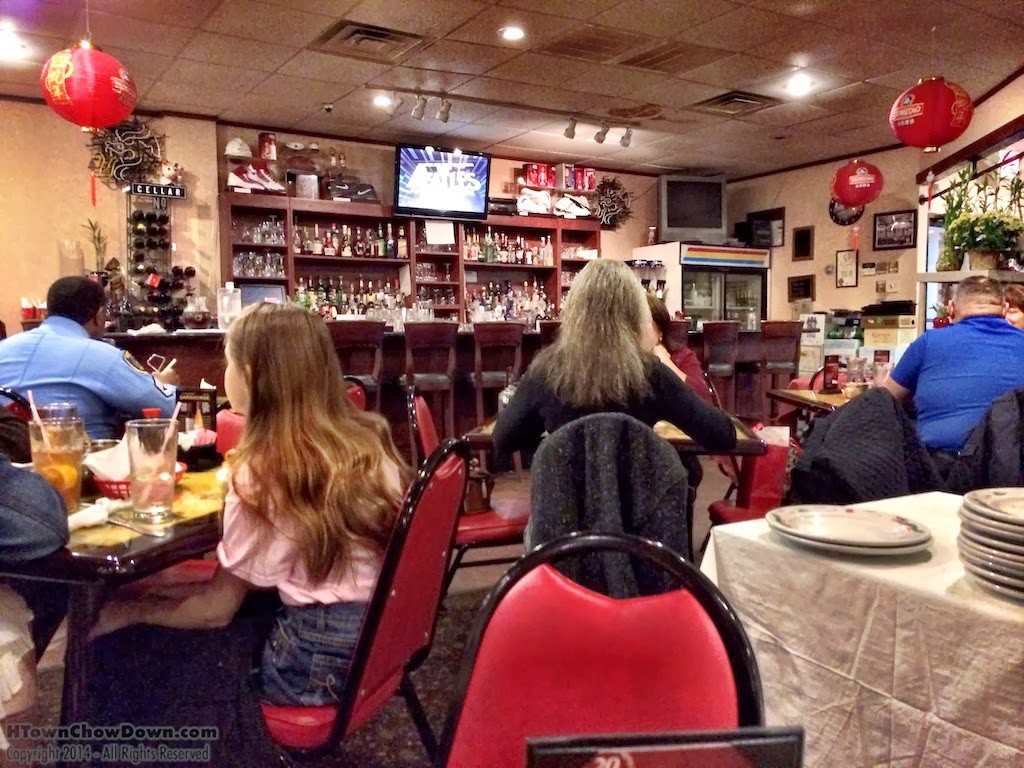 Service was charmingly old-fashioned as well. Regulars were greeted warmly by the staff, and newbies (like us) were made to feel welcome immediately. The house was full, and the staff was in constant motion, efficiently serving the hungry crowd.

Guided by a friend’s recommendation, we tried two different classic choices – sweet and sour chicken, and spicy chicken, AKA General Tso’s. Somehow we resisted the throwback Chop Suey that was the first offering on the lunch menu; some childhood memories are best left unrevisited.

While we were waiting, a small basket appeared without explanation, holding something handmade and fried. 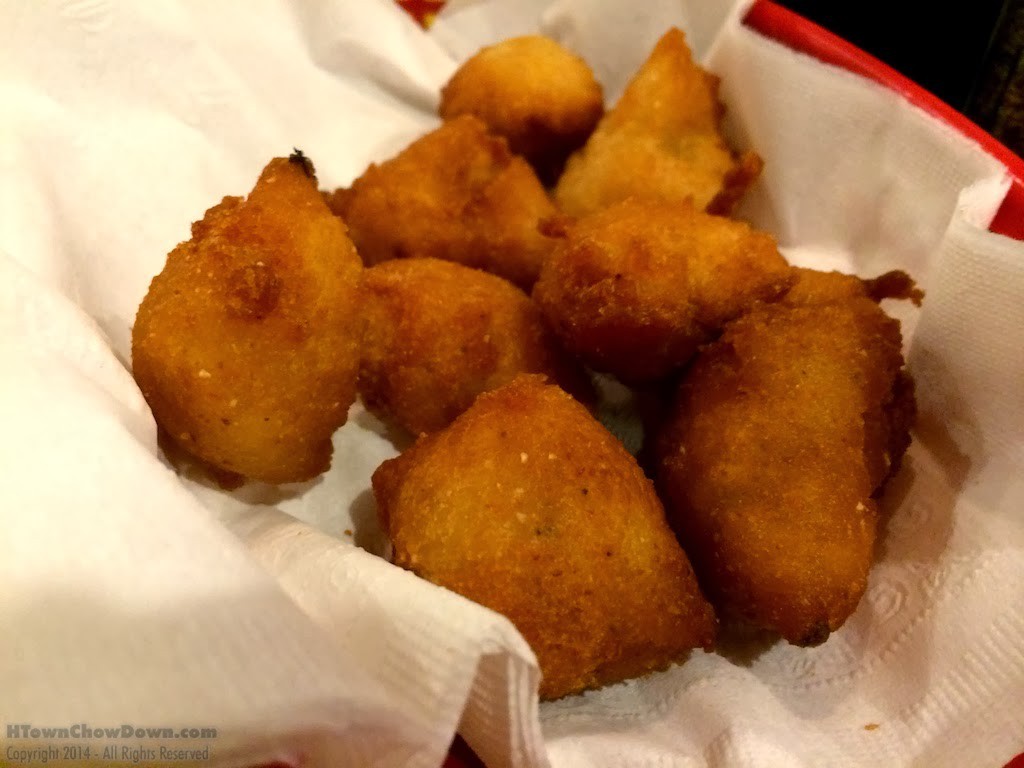 We bit in, and discovered the China Garden version of hushpuppies. These were bite sized versions of the fried biscuits that used to be found at every Chinese-American restaurant, but that we’ve not run across in many years. They were tasty and slightly heavy.

Our entrees appeared shortly. First up was the Spicy / General Tso’s Chicken. 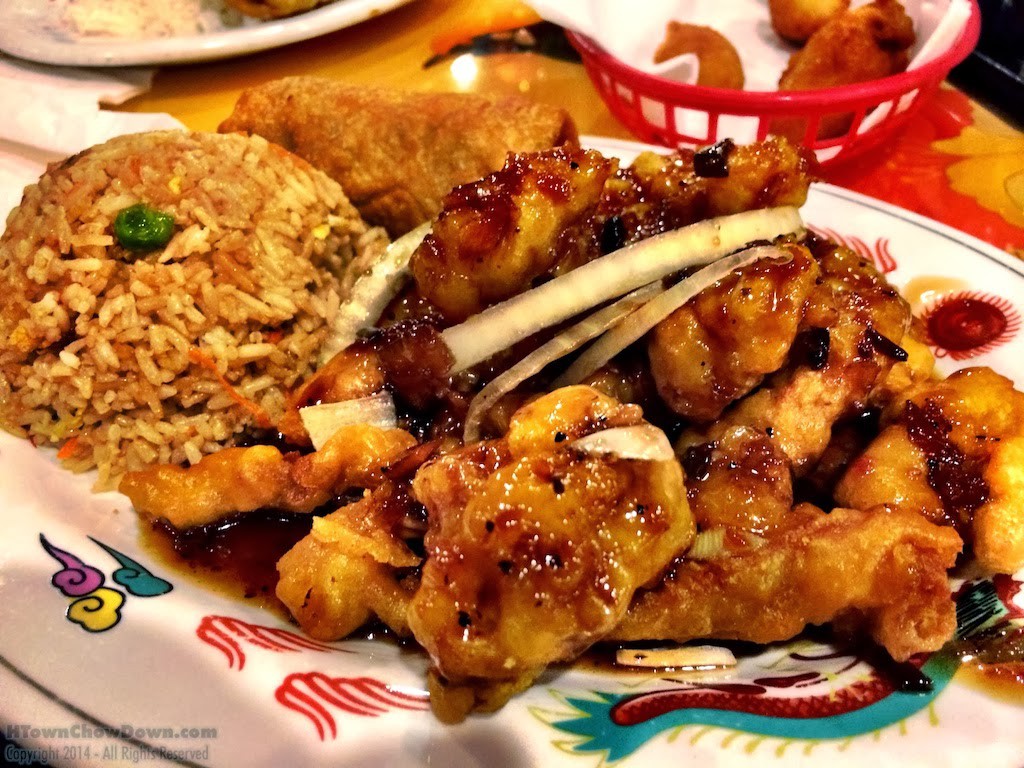 Served on the classic dragon-pattern dishes, the slightly crispy breaded chicken pieces were tossed with onions, scallions, and small mild peppers, then dressed in a brown sauce with a confident bite of freshly cracked black pepper. Not spicy by modern standards, it was flavorful with only slightest hint of heat. Served with a barebones but tasty scoop of fried rice and a gigantic old-school egg roll, this dish was considerably superior to the generic stuff served at most Chinese-American spots. The sauce had slightly softened the crust, but enough stiffness remained to make it a very enjoyable lunch.

Next up was the sweet and sour chicken. 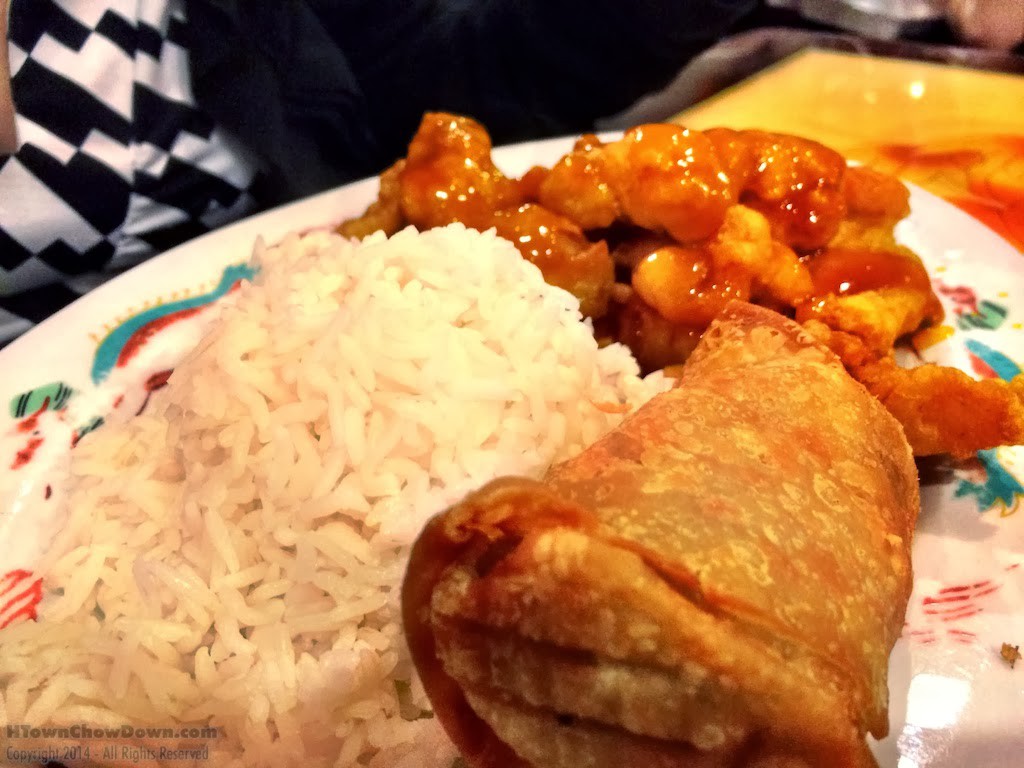 This dish was less complex, and less successful. The sweet and sour sauce was more like a honey glaze, with no sourness to be found at all. The chicken’s breading had gotten soft and lost most of its texture; we suspect a large batch had been sitting in the sauce for a while. If you like sweet chicken dishes you may enjoy this, but we found the spicy chicken to be a much more satisfying dish.

As we were taking the photos of the food, our waitress came by with a smile, asking why we were photographing our food. I honestly don’t think she’d seen that done before, which is an amazing concept in 2014, but this reinforces the fact that China Garden is well off the map for critics, bloggers, and the majority of foodies.

That’s a shame, because there’s a lot to like at this Houston classic, as the busy lunch crowds attest. If you like Americanized Chinese food, give ’em a try. 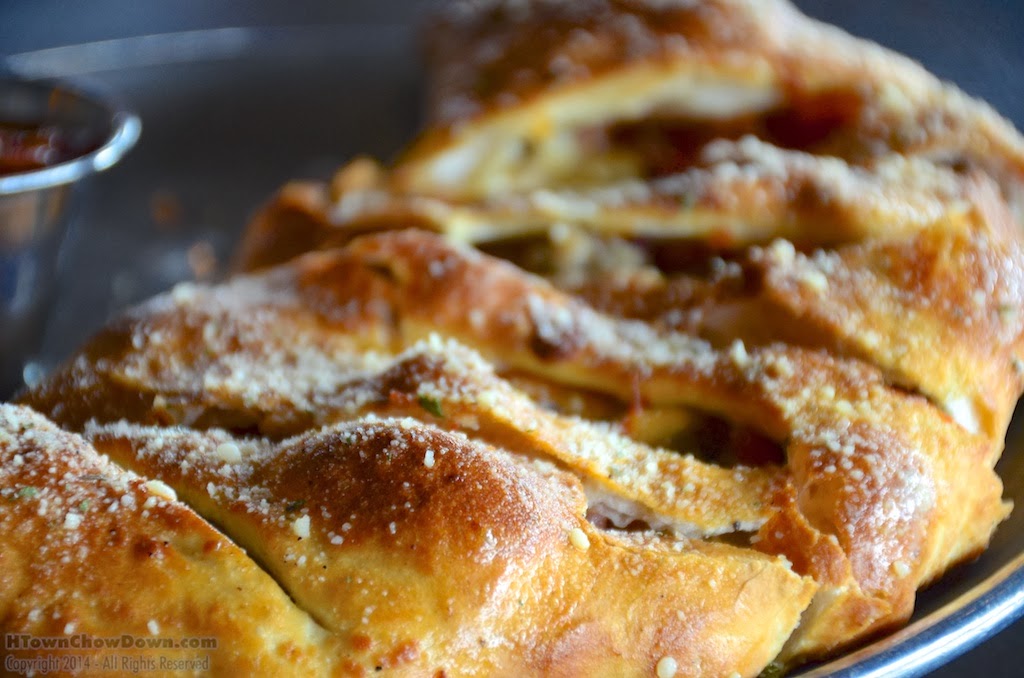 Quick Take Going Beyond the Pie – Calzone at Crust Pizz… 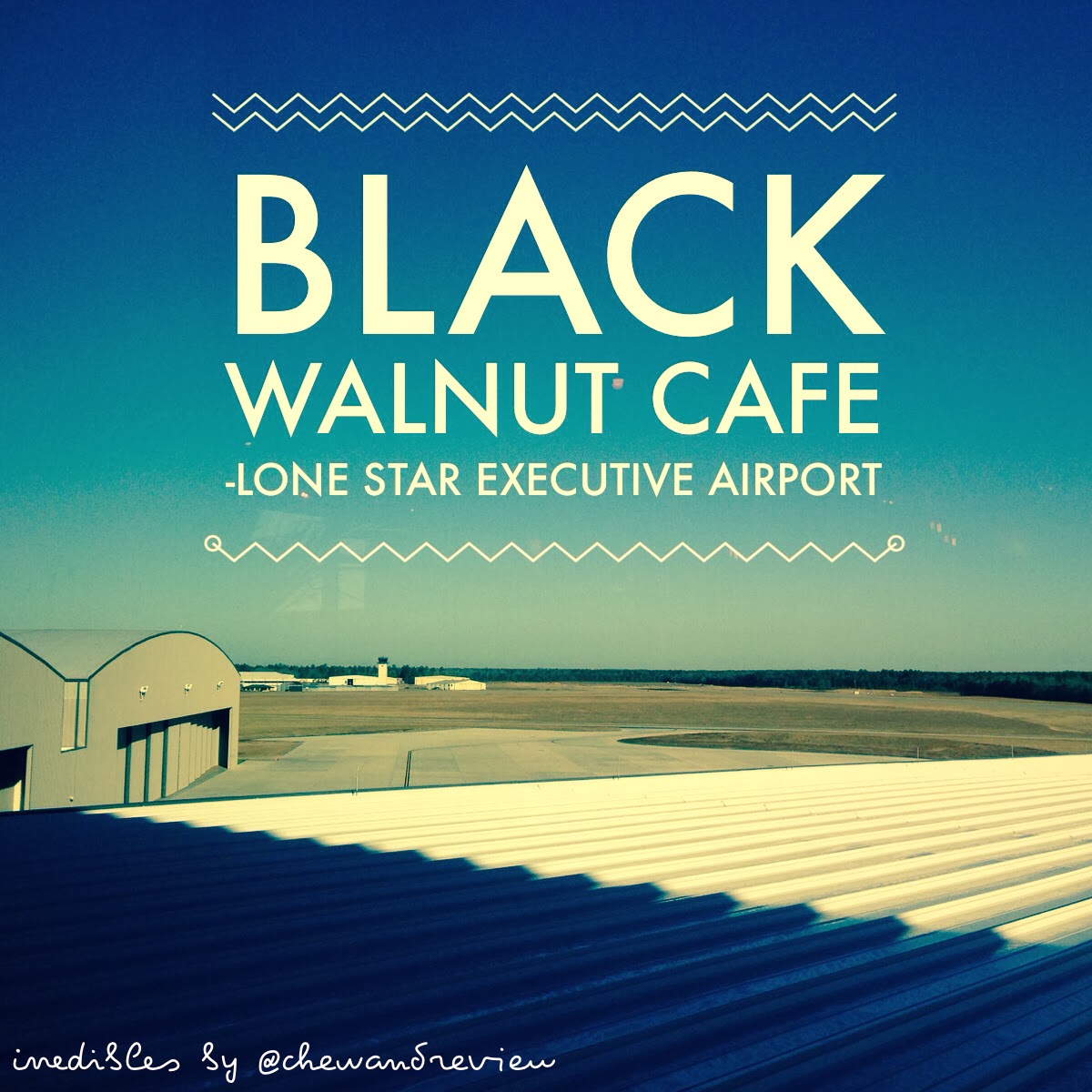