A recent conversation in a foodie discussion group bemoaned the lack of a good Southern California-style burrito in Houston. We have burritos, but they tend to be more of a Tex-Mex style, often with rice and/or refried beans among the ingredients; the Southern California-style is a lighter style, highlighting fresh ingredients with an eye towards more protein and veggies, and less carbs and fat.

Imagine our surprise when we stumbled across Cabo Baja & Mexican Grill, a new Mexican food establishment on Sawdust Road, in the space vacated by the recently closed (and greatly missed) Viva Itacate. The homey bakery feel of Viva has been completely renovated into a modern, fast casual space. The new restaurant is the first Texas branch of the original store, located in San Diego.
Could this San Diego import be a source for the kind of burrito that transplanted Californians rave about? We decided to find out.
First impressions were very good. The restaurant is spotlessly clean, and we were greeted by the friendly and helpful counter staff. The kitchen is at the rear of the restaurant, and a large glass window allows diners to look in and observe the cooks as they work. Clearly this is a restaurant with nothing to hide.
Peering into the kitchen, we saw two staff members making fresh corn tortillas; although we’ve seen fresh flour tortillas at many of the area’s better taquerias, fresh corn tortillas are few and far between. 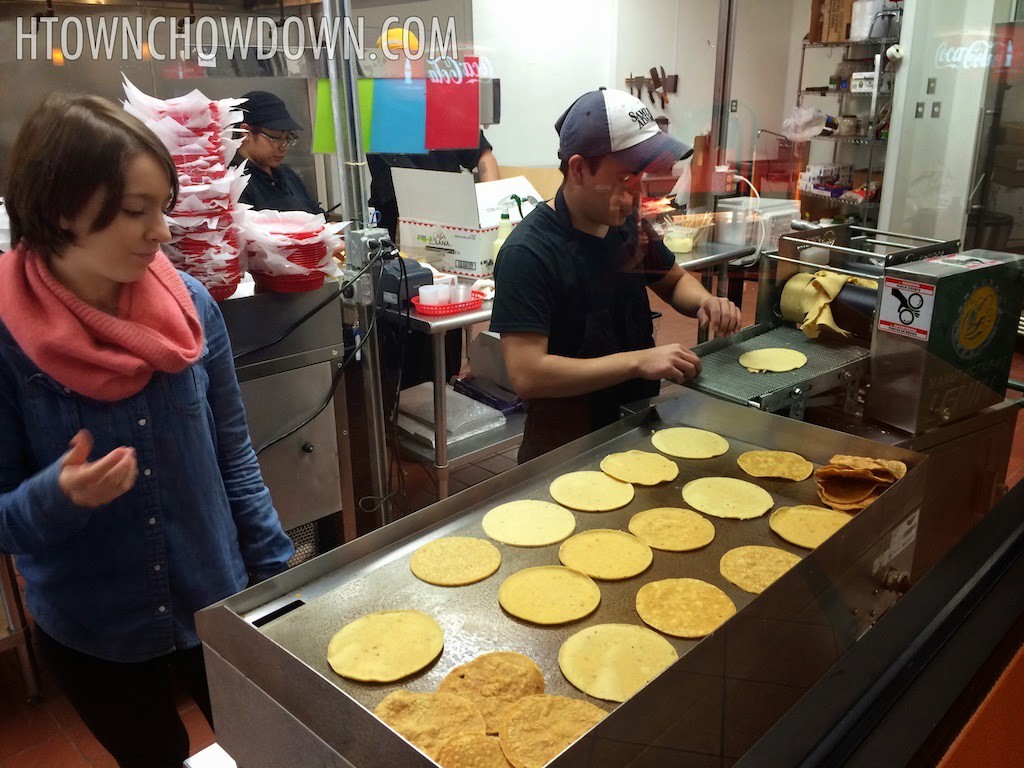 Ordering from the counter staff was quick and efficient. Before long, my pager went off, and I picked up my burrito from the window. 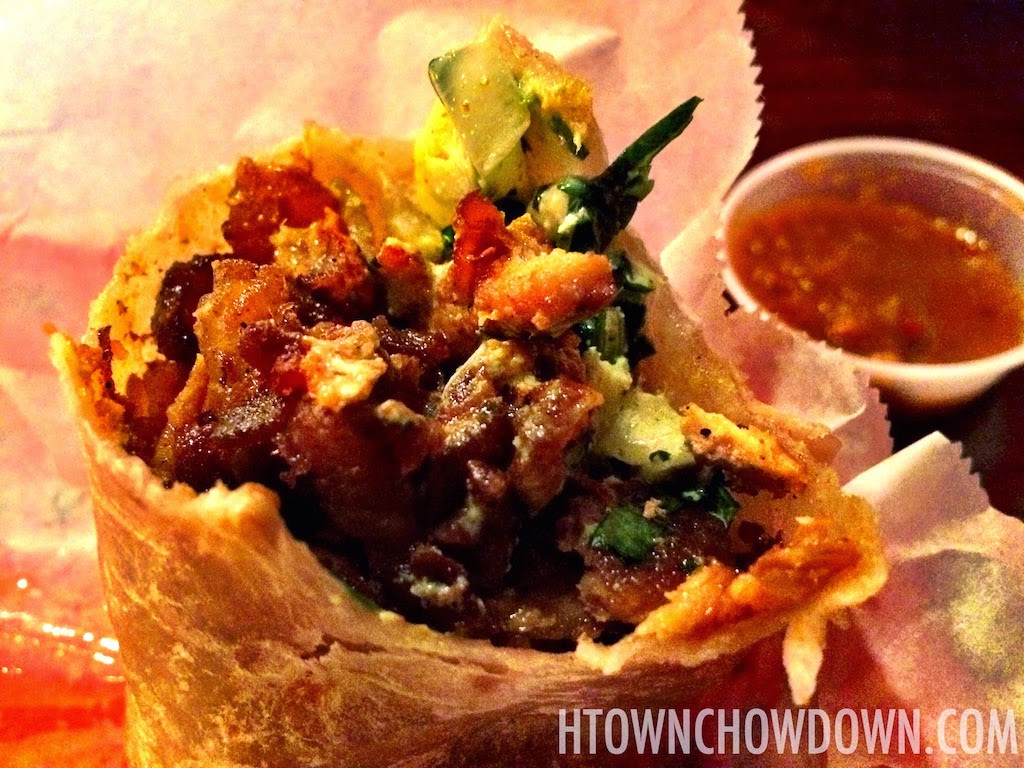 Being fans of tacos al pastor, we started with the Pastor burrito. Fresh marinated pork (right off the trompo), pineapple, onion, cilantro, and a touch of creamy cilantro sauce are wrapped in a largish corn tortilla. The flavors are bright and tangy; the acid from the pineapple balances the slightly fatty pork flavor, with the onion and cilantro completing the flavor profile. It was very good.
Wanting to try something else, I asked the counter staff for suggestions. The cameron taco was their immediate answer, so I ordered one. In about five minutes this came out. 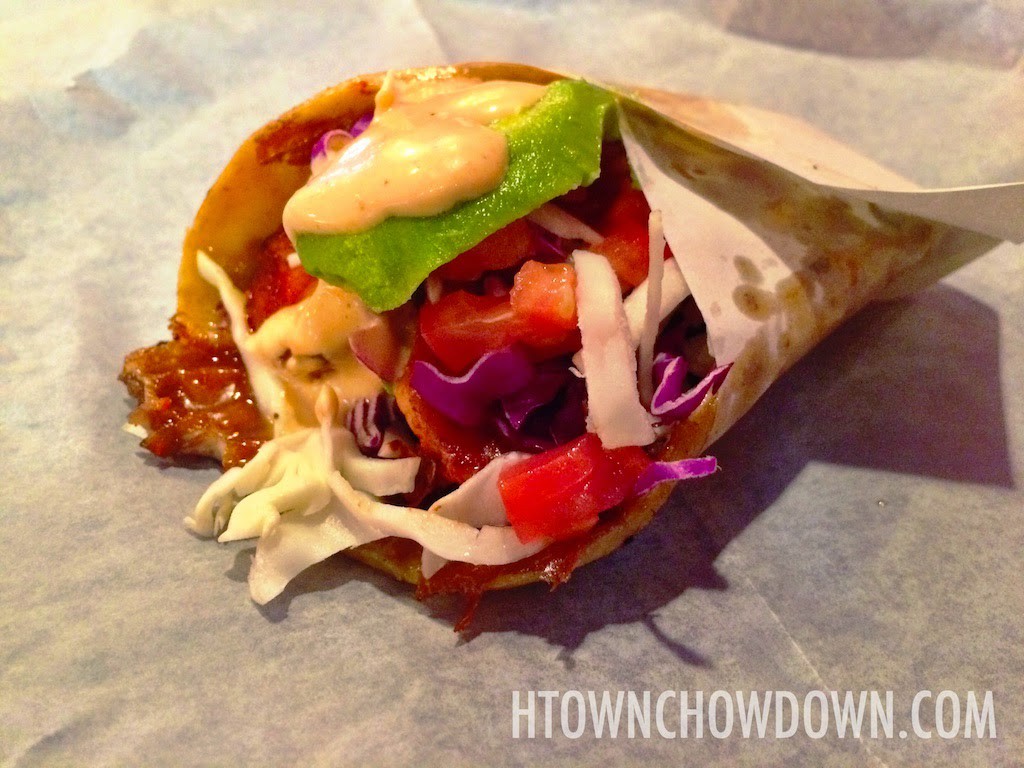 Beautifully grilled, largeish shrimp were perfectly cooked, and combined with grilled mozzarella, cabbage, tomato, avocado, and finished with chipotle sauce. The flavor profile was unusual to a Texan’s palate; I don’t recall encountering mozzarella in Mexican cuisine before. But it worked; the big flavors were very satisfying, yet the result was very light. Even after eating a burrito and a taco I did not feel very full, although I certainly had enough to eat.
All in all, I was very pleased with the food from this California import. While still being Mexican, the lighter combinations and bright flavors differ considerably from the Tex-Mex offerings typically found here. Cabo Baja & Mexican Grill is a nice addition to the Woodlands area; we look forward to returning and sampling more offerings from the menu.
Cabo Baja & Mexican Grill | 544 Sawdust 77380 | 281-465-8575 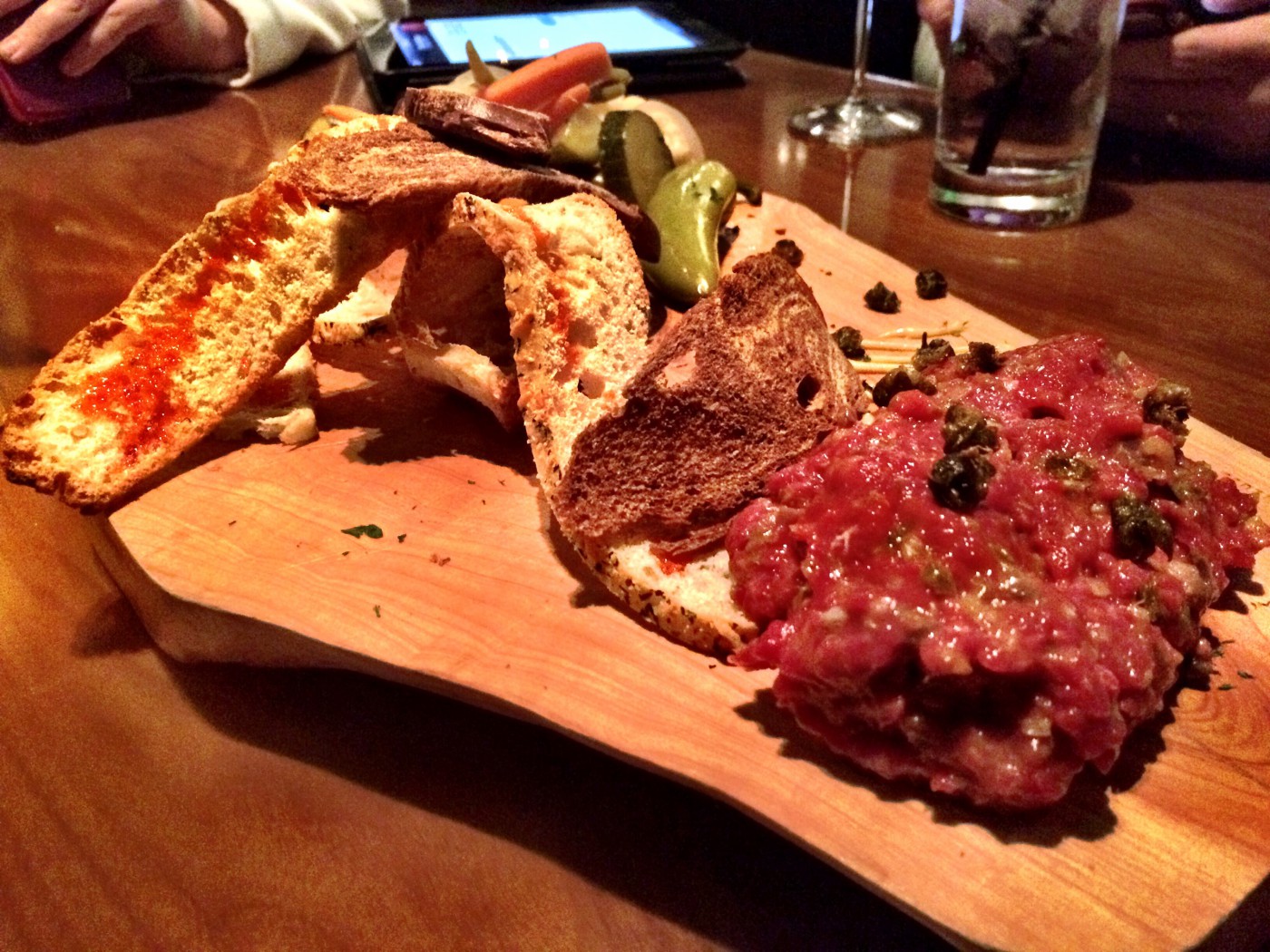 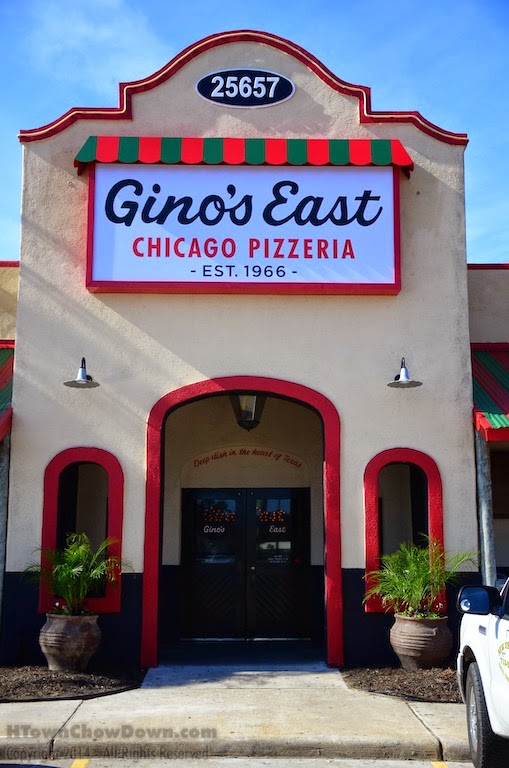