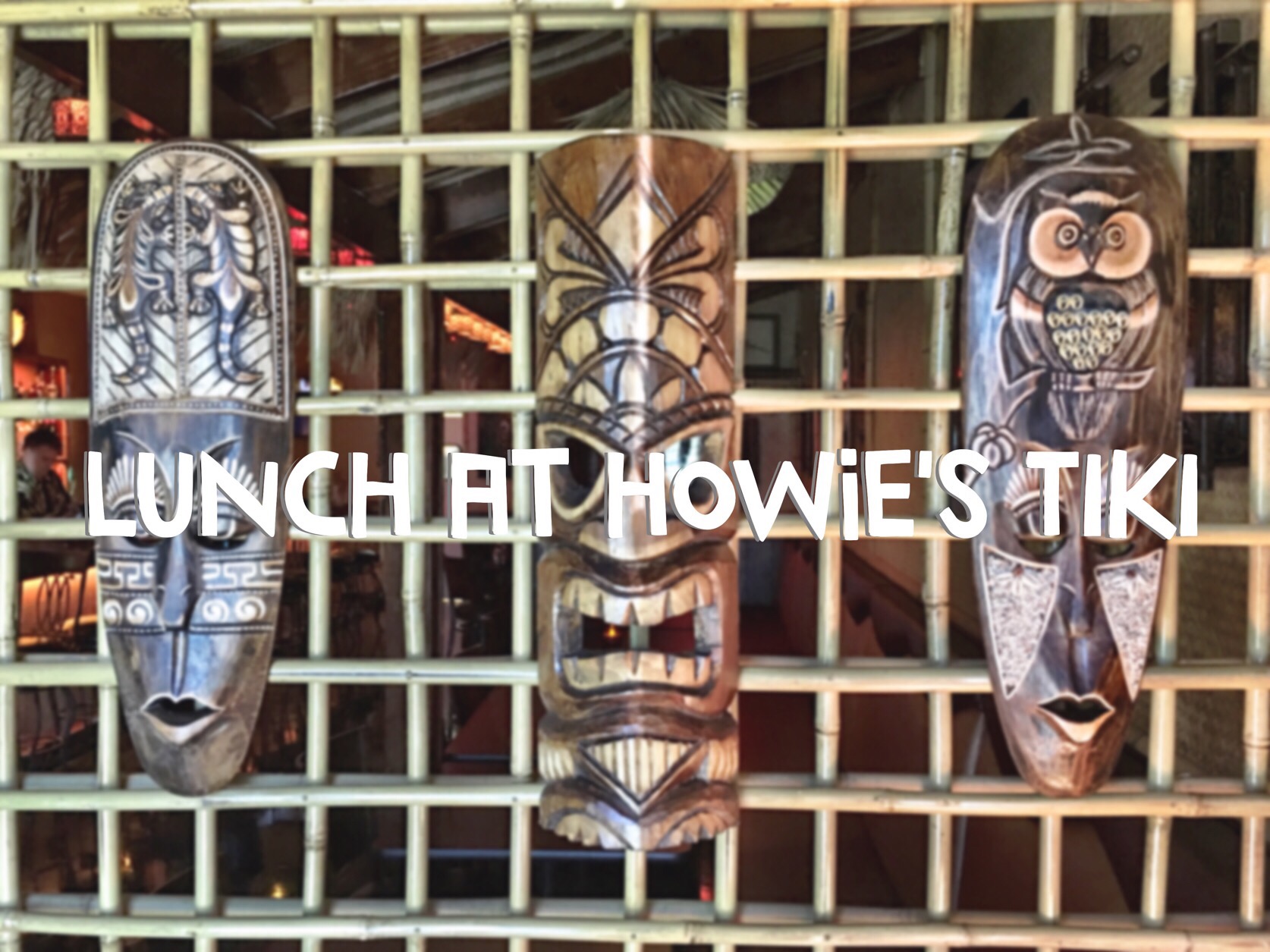 UPDATE Spring 2017: Howie’s has changed their food program. And not for the better. The cocktails remain phenomenal, but the food is merely average for a bar.

One of our biggest complaints about living in the Woodlands is the lack of great nightlife. Sure, there are a handful of good choices, but the area isn’t exactly overflowing with interesting places to go at night.

Our curiosity was piqued by rumors of a new spot on 2920, just south of the Woodlands. Not just a new bar. A new Tiki Bar. Called Howie’s Tiki, it is the brainchild of Mark Voros, a hospitality industry veteran and a big fan of Tiki culture.

Tiki bars are a part of the American bar landscape that seem to keep being reborn every generation, and we find them to be interesting, entertaining, and a break from the typical.

We stopped in one night, sampled a couple of the tropical drinks, and had to pick up food from a local fast food joint because they were still working on the menu. (Pro Tip: Jack in the Box egg rolls go well with rum drinks.) As much as we enjoyed this eclectic combination, we were looking forward to the rollout of the menu at Howie’s Tiki, because the bar has a full kitchen, and Voros is a guy who is as passionate about his food as he is about his rum.

We were excited to get a message from him a week later. “We’re ready to roll out lunch. Come try it.”

These are some of my favorite words, especially from the proprietor of a place as unique as Howie’s Tiki. So we hopped into the car, and made a quick trip down Gosling from the Woodlands. Within 10 minutes we were rolling into Howie’s Tiki.

We exchanged greetings with Mark, and he made some suggestions for items to try. He zipped back into the kitchen, and a few minutes later the chef emerged. 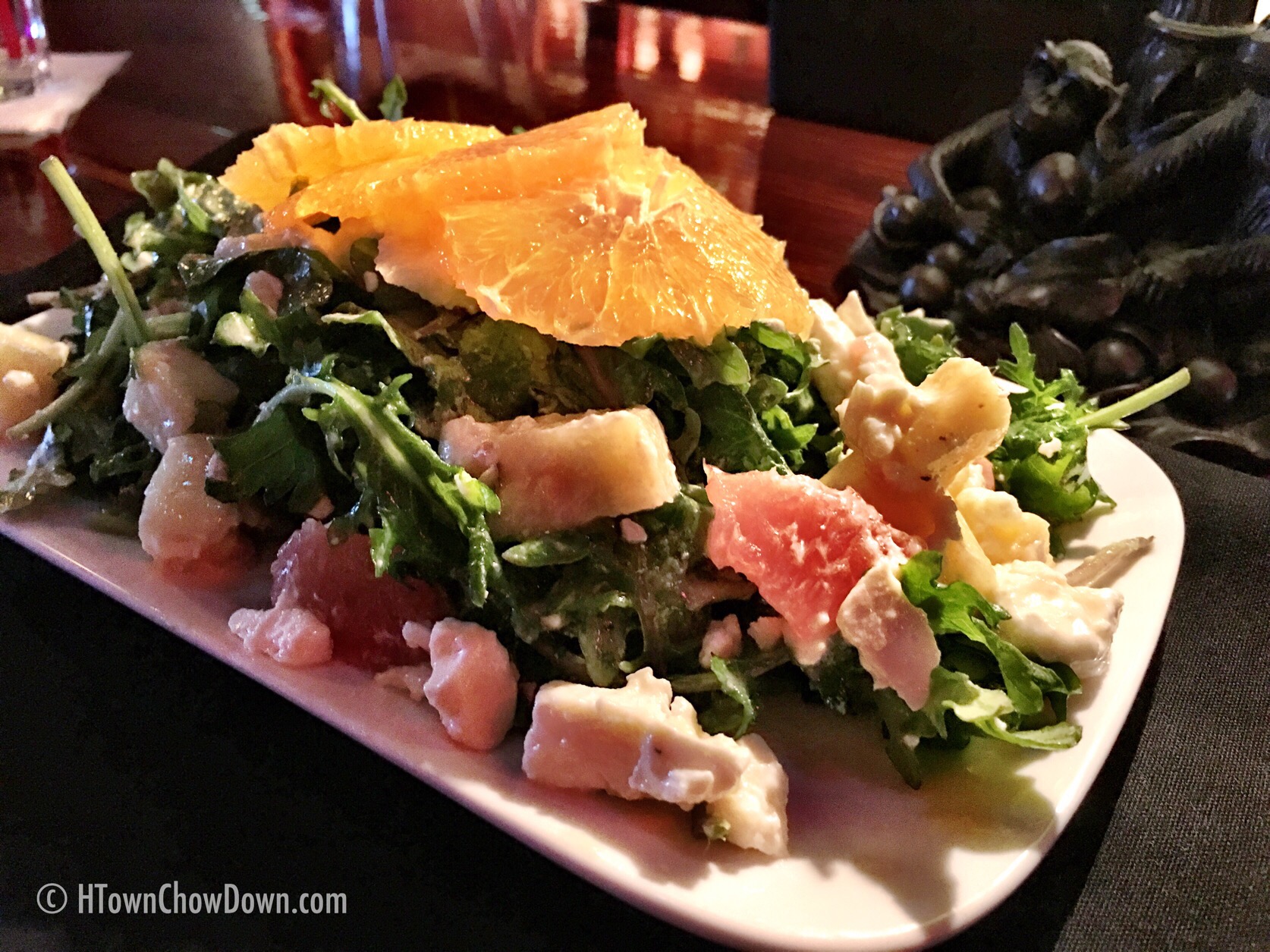 He presented their signature salad, a tropical mix of citrus fruits, pineapple, and onion accented with feta cheese and served over cold kale. Nicely dressed with a light citrus glaze (we detected a hint of agave) it was one of the better kale salads we’d sampled. The brightness of the fruit and the glaze offset the slight bitterness of the kale, and the result was a clean plate in a matter of minutes. This is a salad I would gladly order again. 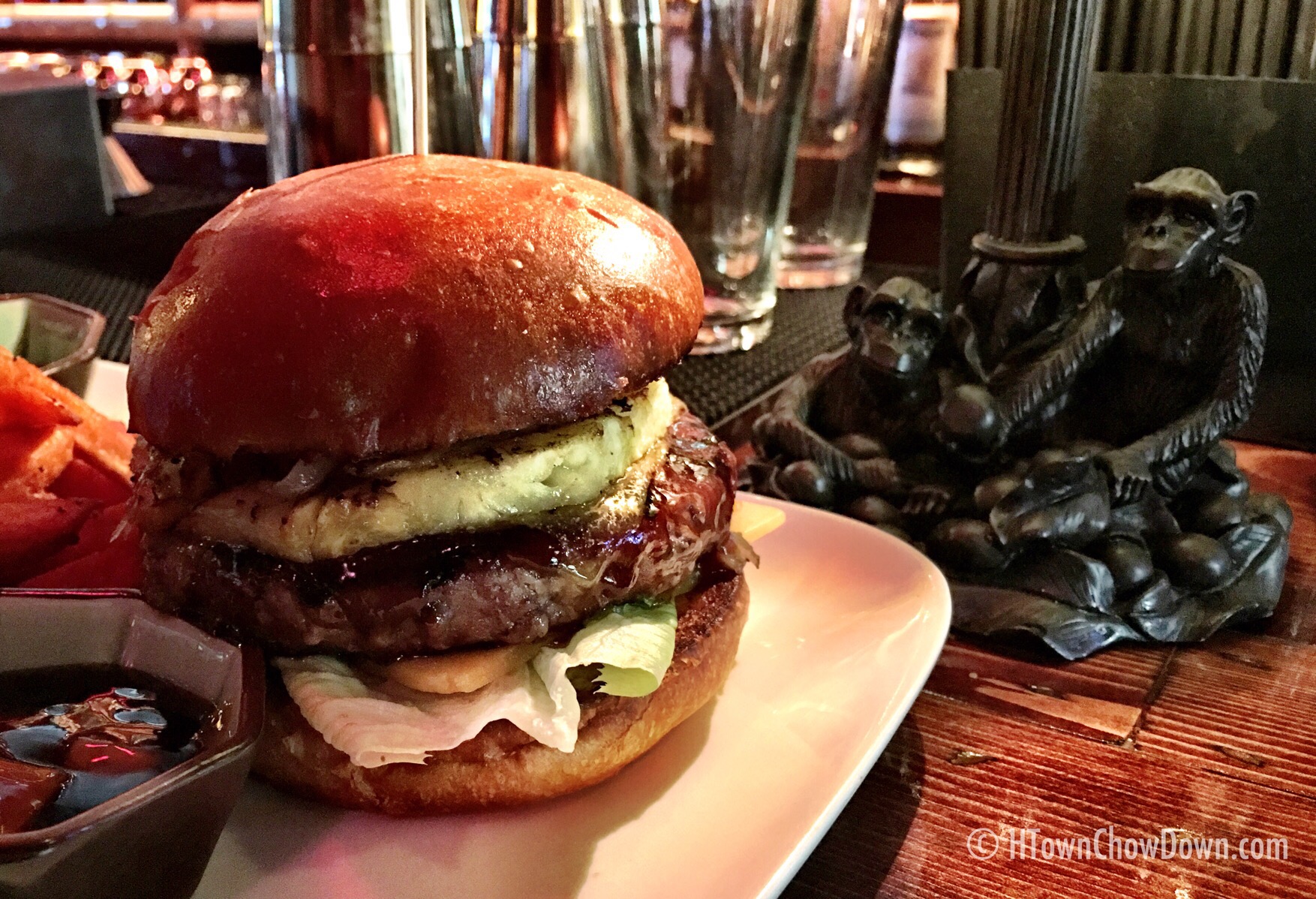 Next up was something I’d been eagerly anticipating, the Banzai Burger. It turns out that Mark and I share a passion for burgers, and he joked that he opened a bar so he could serve his own bar burger.

Mark specs 44 Farms natural angus beef, in a 1/2 pound patty. It’s topped with a slice of melty cheddar cheese, onion, a slice of roast pineapple, and finished with their housemade teriyaki glaze. Oh joy. Another teriyaki burger, I grumped.

After my first bite, my grumpiness turned to something different. This was a great teriyaki burger… and a superb burger of any kind. The sweetness of the teriyaki glaze was mild, controlled, and well balanced with the tang of the pineapple, the sharp bite of onion, the richness of the cheddar, and the juicy, beefy swagger of the 44 Farms patty, cooked perfectly medium rare. The result was an expertly balanced, interesting burger that highlighted each of its ingredients and melded them into a delicious combination. If you love burgers, you need to try this one. 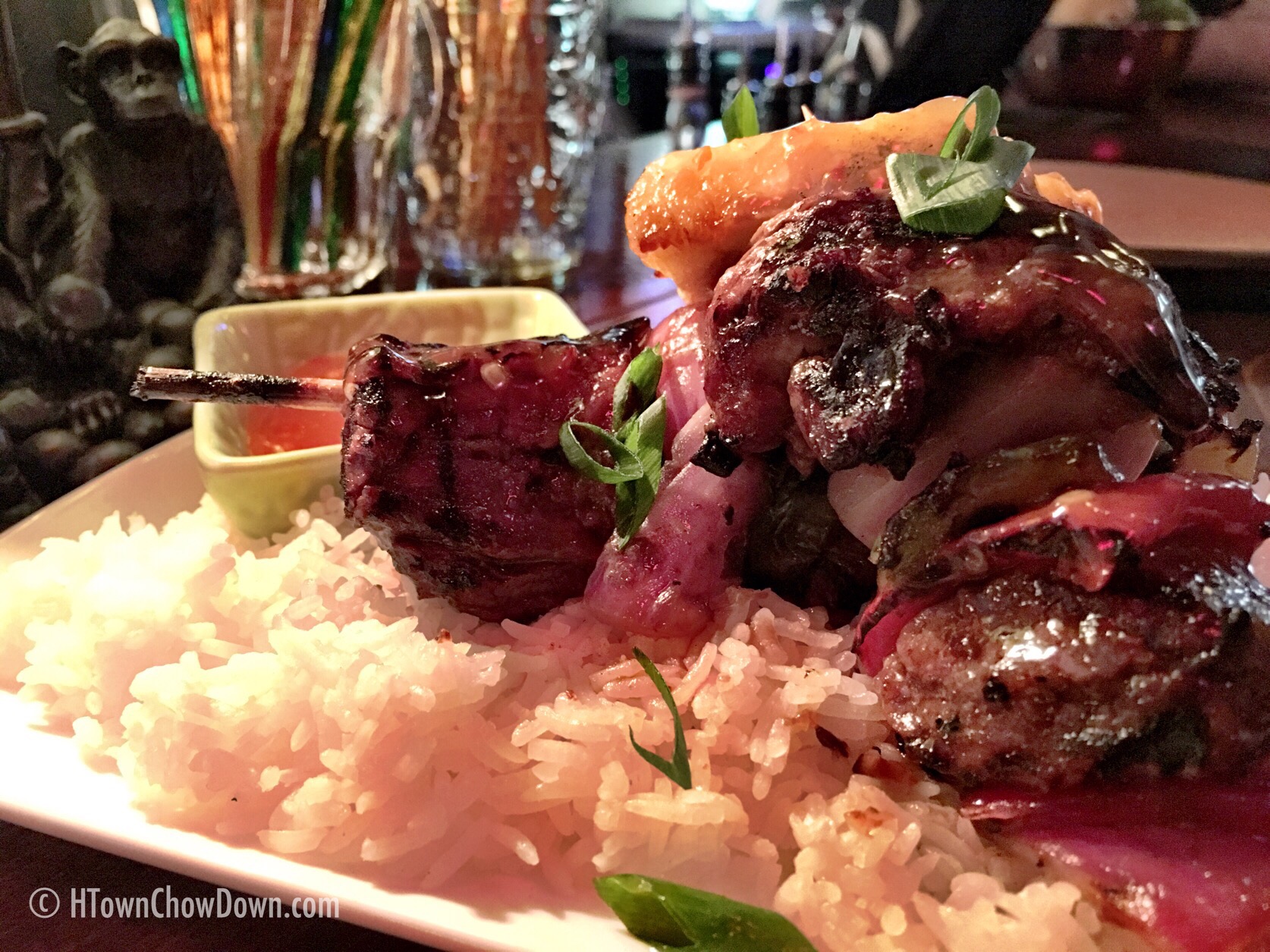 After the glorious burger, we tried the beef tenderloin kabob. Nicely thick chunks of beef tenderloin are broiled to medium rare, glazed, and skewered with pineapple, red peppers, and onion. The result is a better-than-average kabob that satisfies a craving for meat. 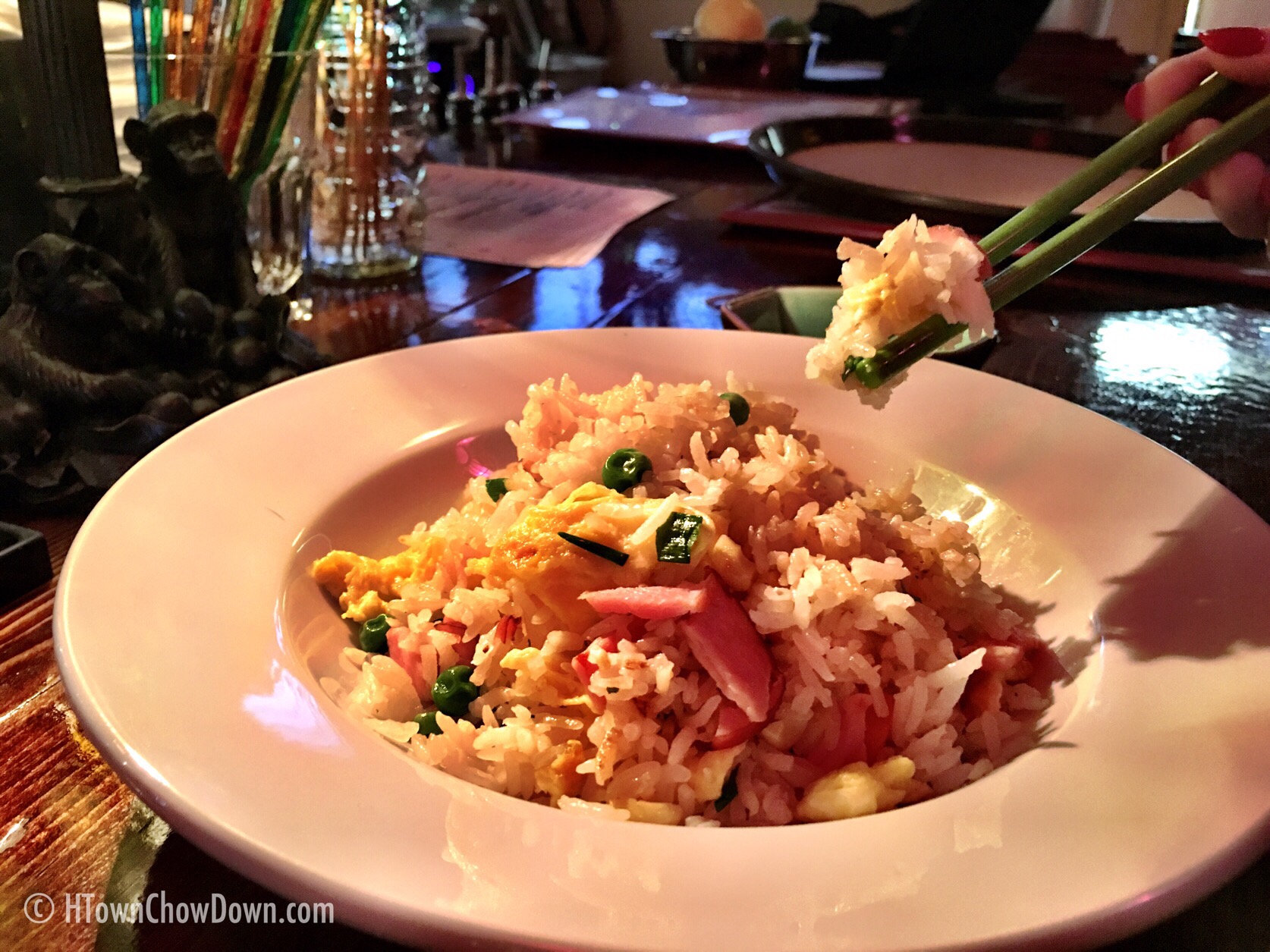 As we were packing up, Voros brought out one final dish – his house fried rice. Fried to order and dressed with Canadian bacon, this subtle creation is a good counterpart to some of the bolder dishes on the menu.

We were excited to learn of the opening of Howie’s Tiki, bringing an authentic dose of Tiki life to the Tiki-less wasteland north of Houston. Now we’re doubly excited by the promising food coming out of the kitchen, especially the superb burger that represents Mark Voros’s take on what a burger should be.

The man knows his burgers. You should get to know them, too. 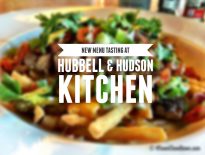 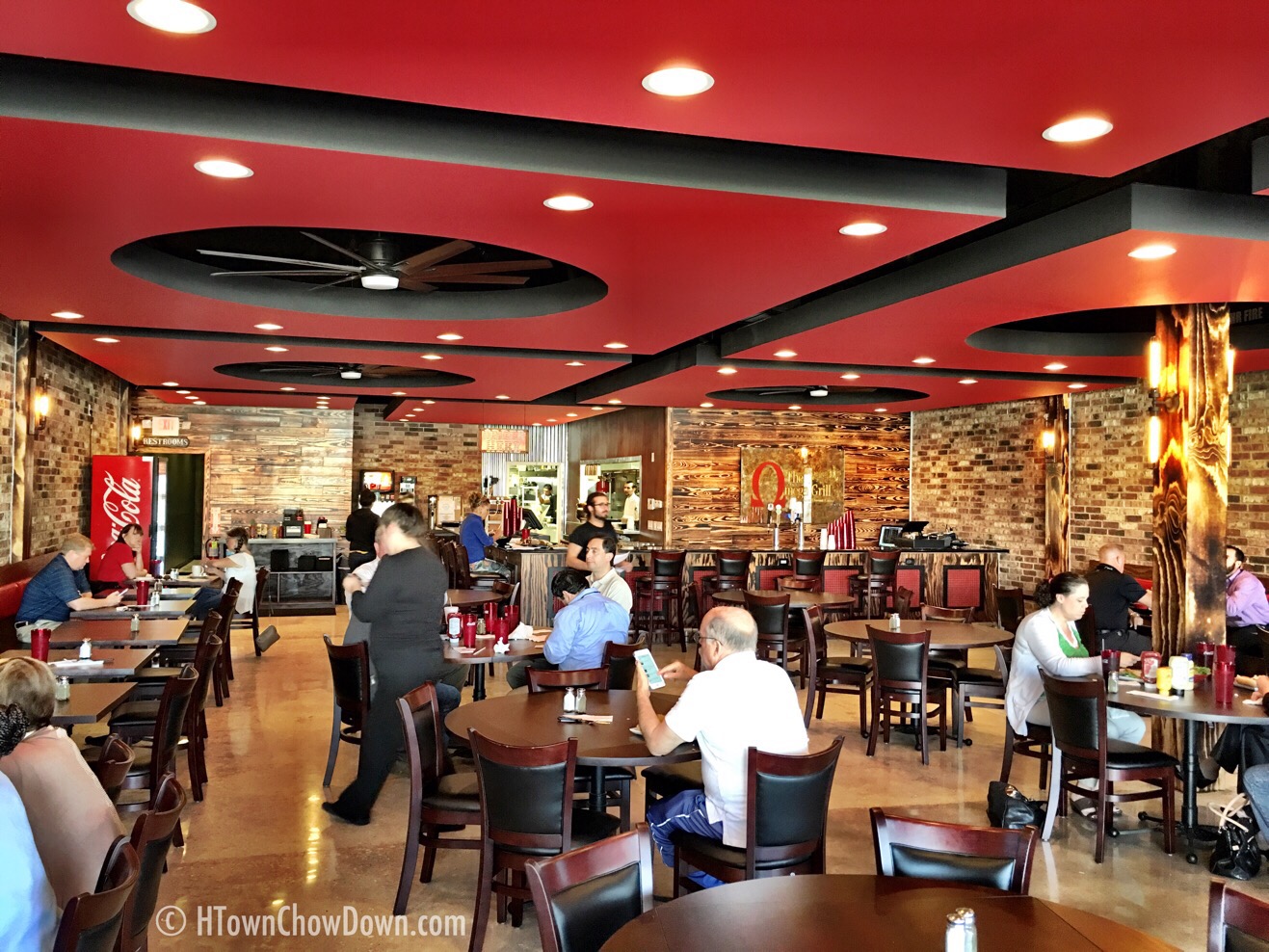