Tomball isn’t normally viewed as a dining destination by foodies in the Houston area. But, our recent explorations there have shown us that this is going to change. From Tejas Chocolate’s surprise appearance in Texas Monthly’s Top 10 BBQ list, to reliable favorites like Gianna’s Italian Kitchen and Mel’s Country Cafe, Tomball has some very interesting food options that would appeal to anyone who enjoys good food.

UPDATE: Apparently, shortly after we published this review, the owners closed BonFire Grill. They have since reopened with a new chef.

Now, there’s a new kid on the block to explore. BonFire Grill, located on Tomball’s Main Street (aka FM 2920), is a newish establishment that has been drawing in both locals and those willing to make a drive to the quaint suburban town. BonFire has been enjoying great buzz in the Woodlands Area Foodies discussion group, and any place that this knowledgeable group raves about is worth investigating.

Finding BonFire grill is not an easy task. The sign is tiny. But your investigative skills will soon be rewarded. 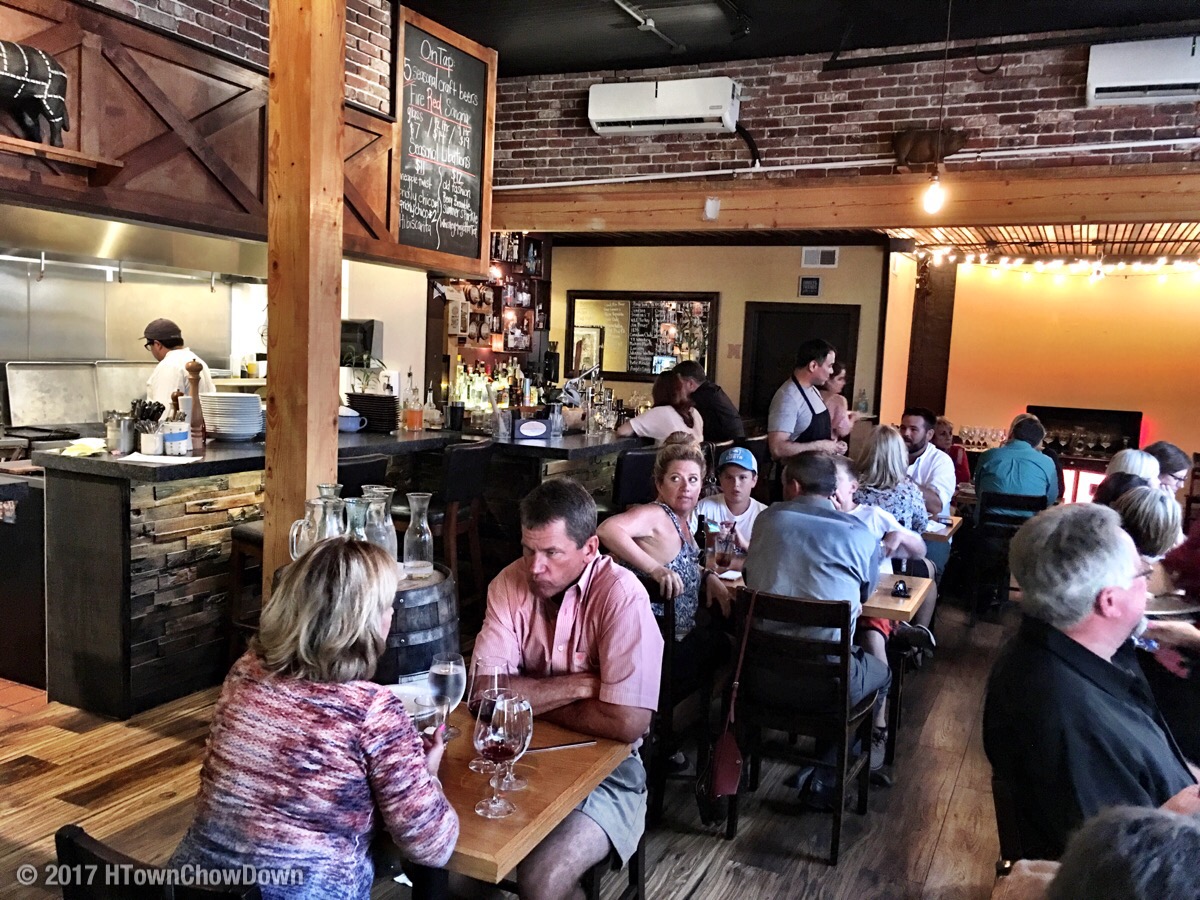 The dining room at BonFire Grill in Tomball

Stepping inside, we were immediately taken with the warm, inviting setting. The vintage gas station has been converted into a cozy bistro. On our Thursday night visit, the dining room was packed; we snagged the one available table in the corner. The rustic dining room and connected open kitchen were bustling with energy and activity; this could be a hot new spot in Montrose if you didn’t know you were in Tomball.

Perusing the tightly edited menu, we saw several items we wanted to try. We started with the simply named Mac & Cheese. What appeared was a revelation: A large crock of tender cavatappi pasta in a smooth, creamy, Vermont cheddar sauce, topped with a whisking of breadcrumbs and a sprinkle of parsley for color. This is an easy dish to prepare half-heartedly, but BonFire’s version was outstanding. 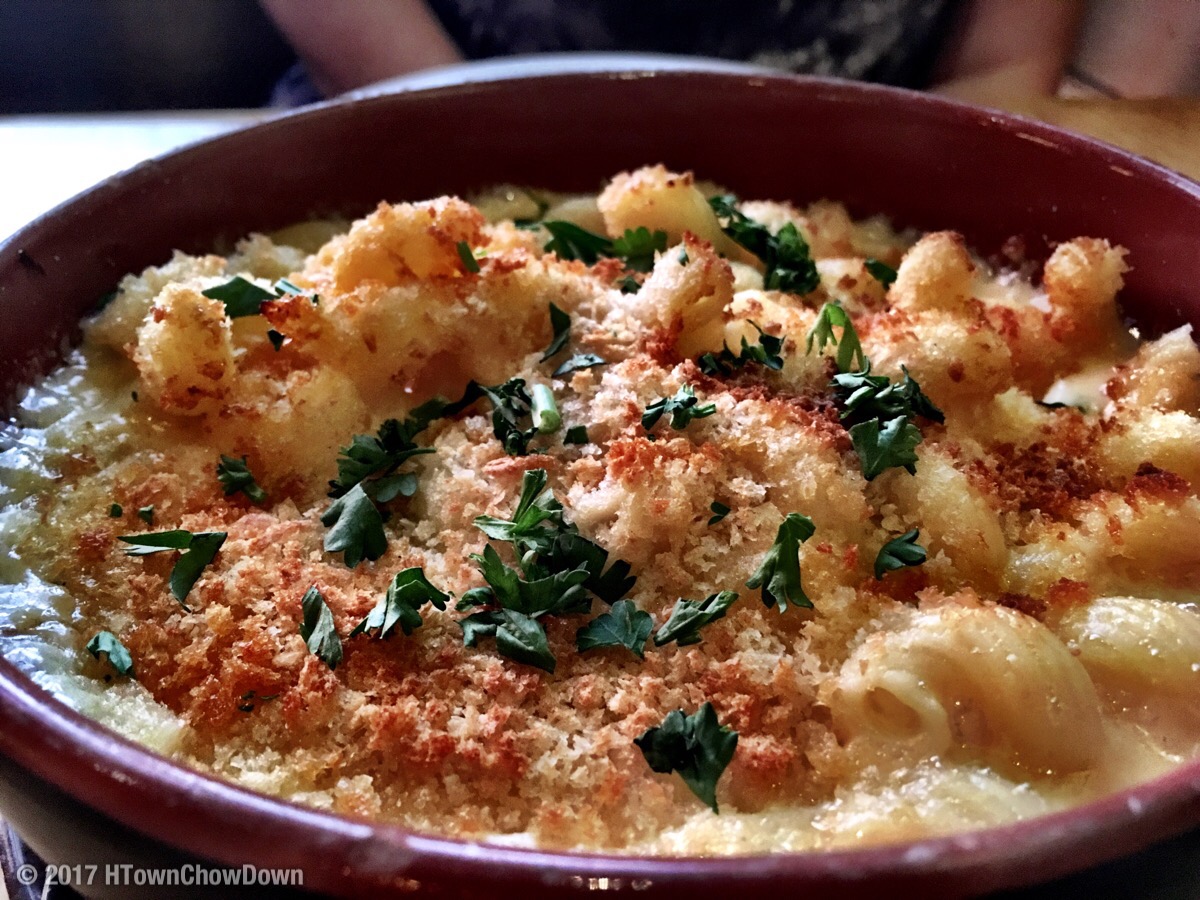 Rich, creamy cheese, nicely al dente pasta, and the texture of the breadcrumbs made for a very satisfying start. We started devouring the dish, but had to put the brakes on… our main course was on the way.

We had struggled to choose between the enticing options on the regular menu and the specials board, but one item caught our eye. Actually, several items caught our eye, but we kept coming back to one dish that sounded intriguing and delicious. 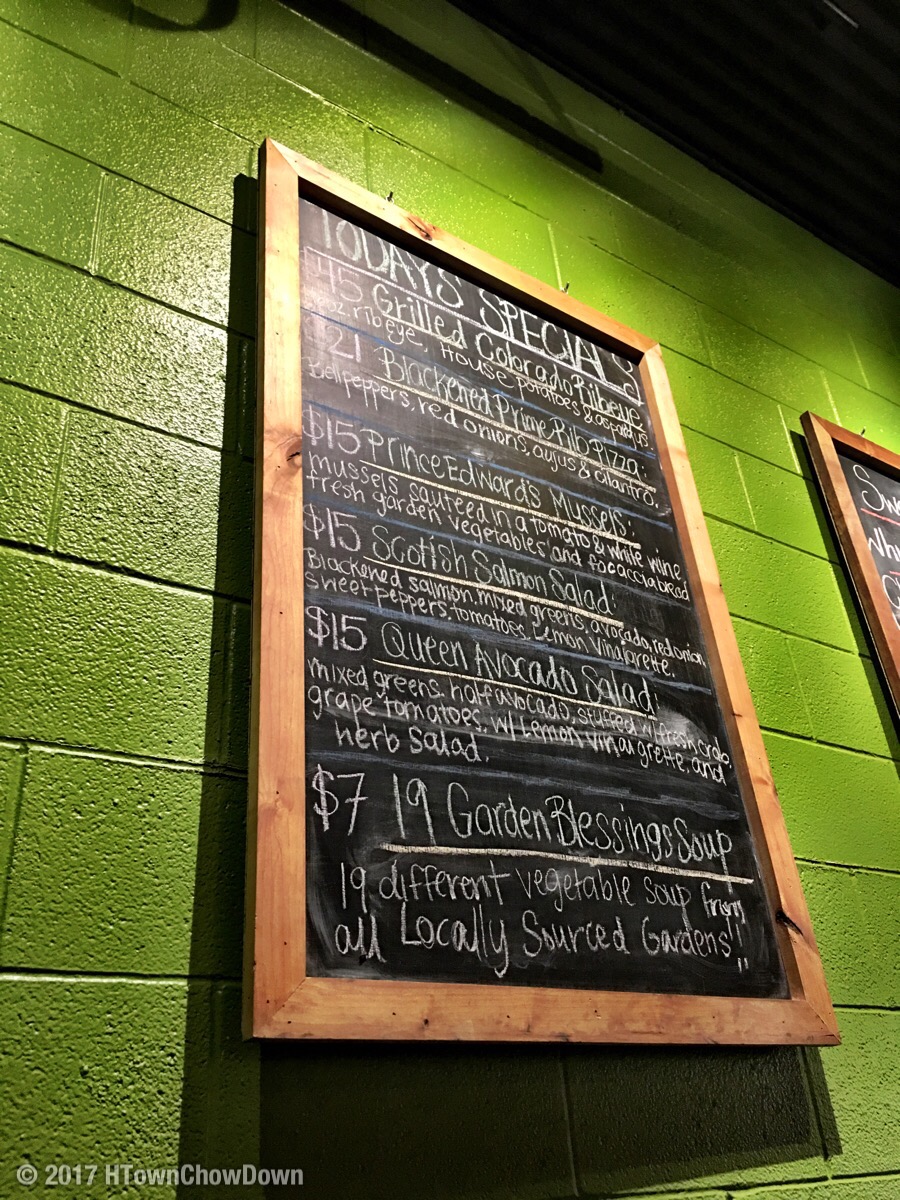 The Specials Board at BonFire Grill in Tomball

We couldn’t resist the Blackened Prime Rib Pizza, so we placed our order. After a reasonable wait, our pizza appeared, and the aroma was incredibly compelling. Pausing to photograph before digging in became a test of will; but we make sacrifices for our readers.

Before us was a medium-sized pizza with a nicely browned crust, topped with large strips of mid-rare prime rib. Atop the fresh housemade pizza sauce was a nice sprinkle of mozzarella, red onion, bell pepper, and a touch of cilantro. The crowning touch was a drizzle of au jus. 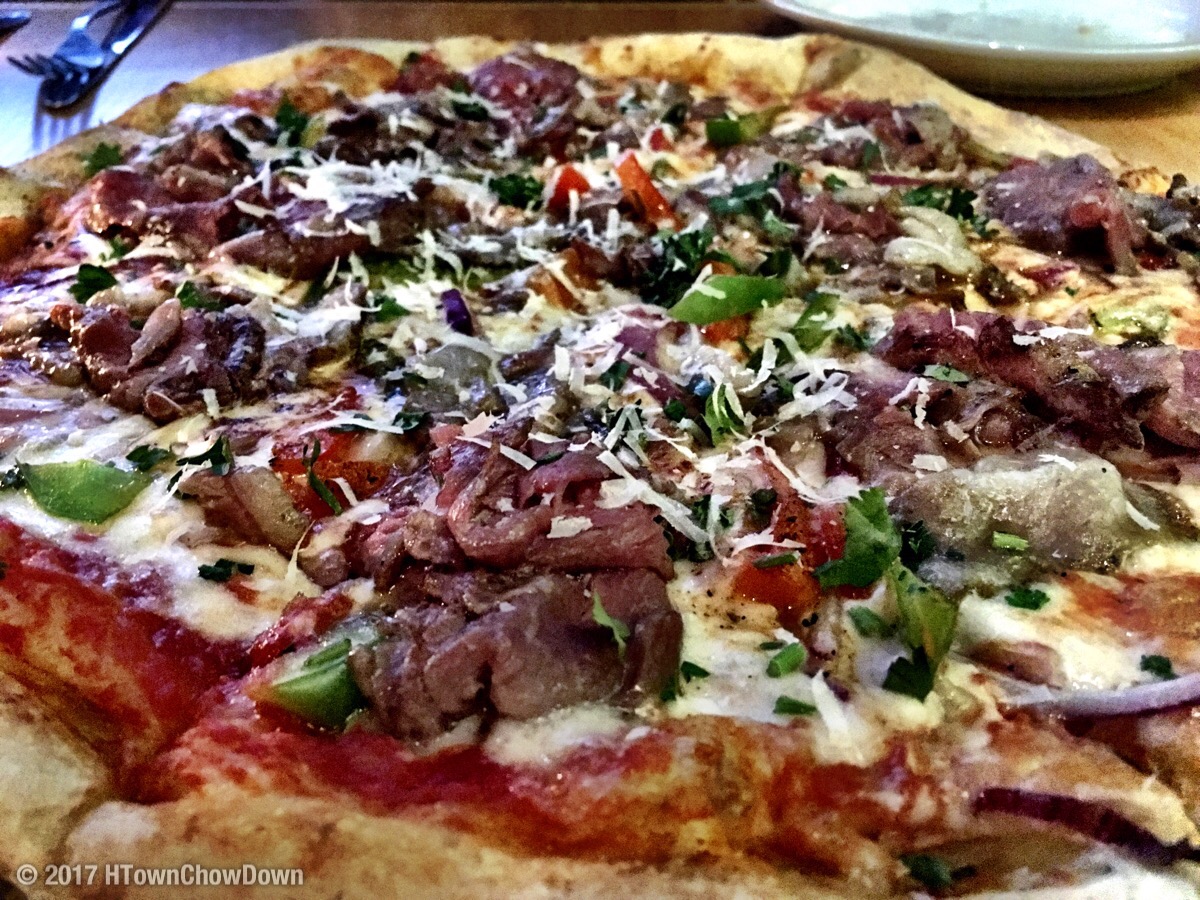 The interplay between the delicious pizza sauce and the phenomenally savory au jus was nothing short of magical; the beefy swagger was front and center, and the zing of the aromatic veggies was accompanied by a umami bomb from the au jus. This is one of the best pizzas we’ve tried in recent memory.

To say we were pleasantly surprised by BonFire Grill is an understatement. We walked in expecting a quiet, neighborhood pizza joint. We left feeling like insiders who knew a new secret, and that secret was one of the most exciting new restaurants in the Houston suburbs. Even if Tomball isn’t a usual haunt of yours, you owe it to yourself to make the drive and check out the delicious cuisine at this hidden gem. 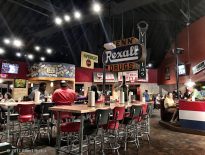 Review Does Fuddrucker’s burger measure up? 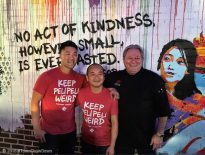